Los Angeles Alliance for Animals (LAAA) and other animal activist groups attempted to ban pony and horse rides along with petting zoos in Los Angeles by submitting an endorsement indicating that the equines were chained to a turnstile and forced to walk in a circle in the heat. Horses who did not comply could have been hit or chased by the workers.

“In a city that prides itself on the highest standards of animal welfare, we must immediately end animal abuse when we witness it. This is why we have protested for months to bring light to the suffering of the animals at this park. The pony rides concession is animal cruelty disguised as child entertainment. Unkind treatment of animals doesn’t align with Los Angeles Values,” said the LAAA in a statement.

On May 15 animal rights activists gathered at Griffith Park in protest and demanded that the contract with Parks and Recreation General Manager, Mike Schull, not be renewed. 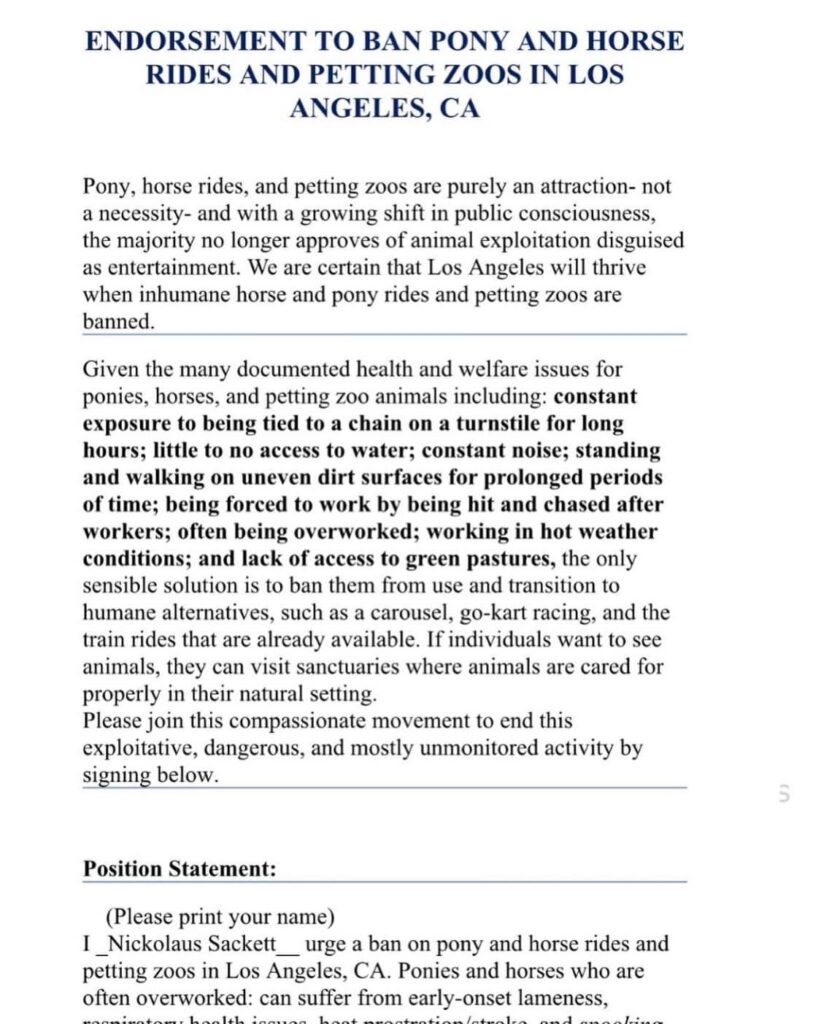 The next Los Angeles Equine Advisory Committee meeting is scheduled for Monday, May 23, at 6:30 p.m. at the Los Angeles Equestrian Center at 480 West Riverside Drive. The contract for Schull is on the agenda for the meeting. The Equine Center is a popular attraction for child and adults at Griffith Park.