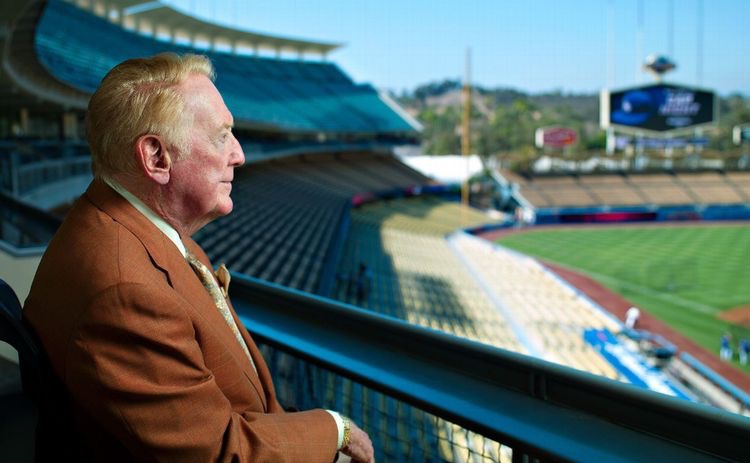 LOS ANGELES—Assemblyman Jimmy Gomez introduced a resolution on Thursday, January 5, to designate a particular portion of the 110 Freeway as the Vin Scully Highway.

According to the Los Angeles Times, the resolution has requested the Department of Transportation to determine the cost of signs showing the special designation that runs between the 5 and 110 freeways, and passes Dodger Stadium. The cost of signs could be covered using donations from non-state sources.

This isn’t the first time a measure like this has been introduced. Gomez introduced a similar resolution before, but it did not receive a committee hearing.

Since the new year, other names have been considered for Los Angeles freeways including Senator Anthony Portantino who wants to name a portion of the 134 Freeway for President Barack Obama.

According to the Los Angeles Times, “Nonbinding guidelines set forth by the Assembly Transportation Committee say proposed honorees should typically be deceased, or, in the case of a public official, be out of office.”

In October 2016, Vin Scully, an American sportscaster, announced his retirement after a 67-year broadcasting career with the Dodgers franchise. He was the recipient of the 2016 Presidential Medal of Freedom. The Dodgers and the city of Los Angeles dedicated Vin Scully Ave in honor of the sportscaster.

The address to Dodgers Stadium is now 1000 Vin Scully Ave.