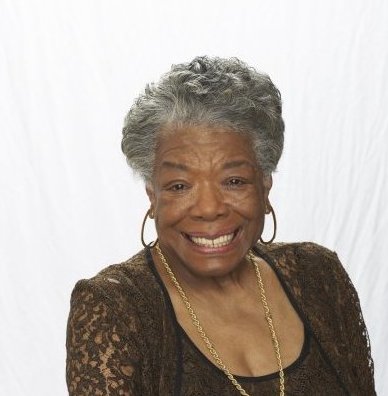 UNITED STATES-The literary world is in mourning as author and poet, Maya Angelou passed away at the age of 86 on Wednesday, May 28. The news was confirmed Wednesday morning by Mayor Allen Jones of Winston-Salem, who confirmed Angelou’s death to a local news station in North Carolina. She posted her last tweet on May 23 stating, “Listen to yourself and in that quietude you might hear the voice of God.”

Angelou is notorious for her stirring poems and works which included the 1969 autobiography, “I Know Why the Caged Bird Sings,” which chronicled her life up to the age of 17. It received critical acclaim worldwide in the literary world. She made history in 1993, at President Bill Clinton’s inauguration where she read her poem, “On the Pulse of Morning.”

As a young girl, she was sexually assaulted and raped by her mother’s boyfriend. Who was later arrested and found guilty of his crimes, but only spent one day in jail. He was later murdered, which left Angelou mute for several years, as she felt speaking out was the reason that her accuser was killed.

She was a professor of American Studies at Wake Forest University in Winston-Salem, North California and was active during the Civil Rights Movement working alongside Martin Luther King Jr. and Malcolm X.

A statement was posted by her family Wednesday morning on her Facebook page that read: “Dr. Maya Angelou passed quietly in her home before 8:00 a.m. EST. Her family is extremely grateful that her ascension was not belabored by a loss of acuity or comprehension. She lived a life as a teacher, activist, artist and human being. She was a warrior for equality, tolerance and peace. The family is extremely appreciative of the time we had with her and we know that she is looking down upon us with love.”

Celebrities went to Twitter to post tributes to the literary icon. President Bill Clinton wrote, “With Maya Angelou passing, America has lost a national treasure; and Hillary and I, a beloved friend.”  President Barack Obama tweeted, “Her greatest stories were true.”

Mentor Oprah Winfrey posted on Instagram, “I’ve been blessed to have Maya Angelou as my mentor, mother/sister, and friend since my 20’s. She was there for me always, guiding me through some of the most important years of my life. The world knows her as a poet but at the heart of her, she was a teacher. ‘When you learn, teach.

When you get, give’ is one of my best lessons from her. She won three Grammys, spoke six languages and was the second poet in history to recite a poem at a presidential inauguration. But what stands out to me most about Maya Angelou is not what she has done or written or spoken, it’s how she lived her life. She moved through the world with unshakeable calm, confidence and a fierce grace. I loved her and I know she loved me. I will profoundly miss her. She will always be the rainbow in my clouds.”