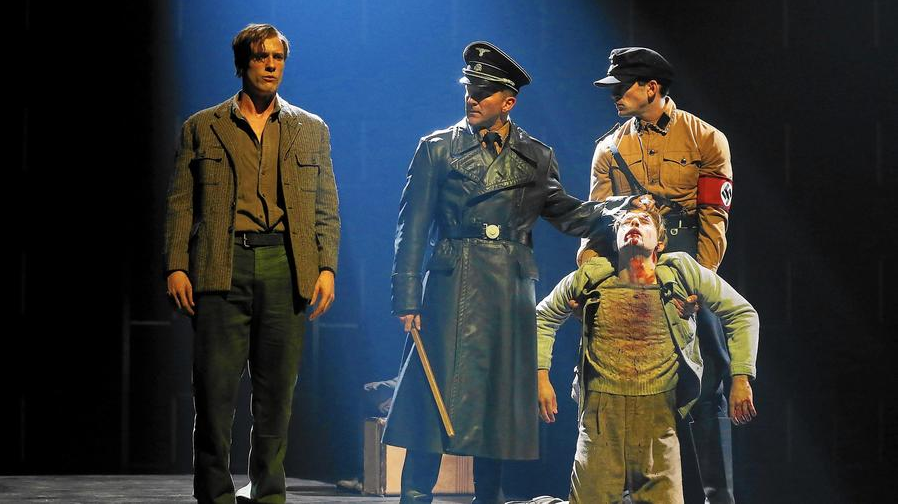 LOS ANGELES—In its most notable revival since its 1979 premiere, “Bent” at the Mark Taper Forum sheds light on the devastating realities of homosexual men who struggled to survive during the Holocaust-era in Europe.

Originally starring Sir Ian McKellan in the 1979 West End premiere and Richard Gere in the 1980 Broadway premiere, “Bent” by Martin Sherman goes down in history as being one of the first pieces of theatre to ever discuss the subject of Nazi persecution of homosexual love.  During the time of its first performance, there was such a scarce amount of research, documentation and overall awareness of this oppressive history.

“Bent” tells the story of Max, a rebellious gay man living in Berlin in the 1930s with his partner, Rudy.  After a drunken night at their local club, Max brings home a handsome stranger.  The next morning, he is discovered to be an SA officer (Sturmabteilung), which were the “Brownshirt” militia who were responsible for protecting Hitler and the other members of the Nazi party. Tragically, this is the day of the Night of the Long Knives, in which Hitler ordered a “blood purge” of the majority of these officers in order to protect his power. After the Nazis discover the SA officer’s whereabouts, he is brutally murdered, and witnesses Max and Rudy are forced to flee Germany in order to protect their lives.  What follows is a haunting, heartbreaking tale of love, death, survival and the raw struggle for human connection during a time in which many were persecuted for their innate identities.

The namesake of the play refers to the European slang word; during that time, many people referred to homosexuals as being “bent” (not straight).  The second act of the play also informs audience of the grim and oftentimes little-known hierarchy that was present in the concentration camps. Prisoners were given a badge to wear on their uniforms in order to announce their “crime;” political prisoners accused of being socialists or communists received red triangles, convicts and professional criminals received green triangles, Jews received yellow stars and homosexuals—the lowest classification in the eyes of the Nazi party—were branded with pink triangles. 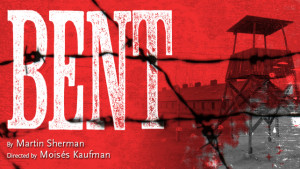 “Bent” runs until August 23 at the Mark Taper Forum at the Music Center in Downtown Los Angeles. There are only six chances remaining to see this poignant, necessary story of an extremely marginalized history; reserve your tickets now by visiting www.centertheatregroup.org/tickets/ or by calling (213) 628 – 2772.

The run time is approximately 2 hours and 30 minutes, with one 15 minute intermission. Be advised that the play contains strong language, violence and nudity.