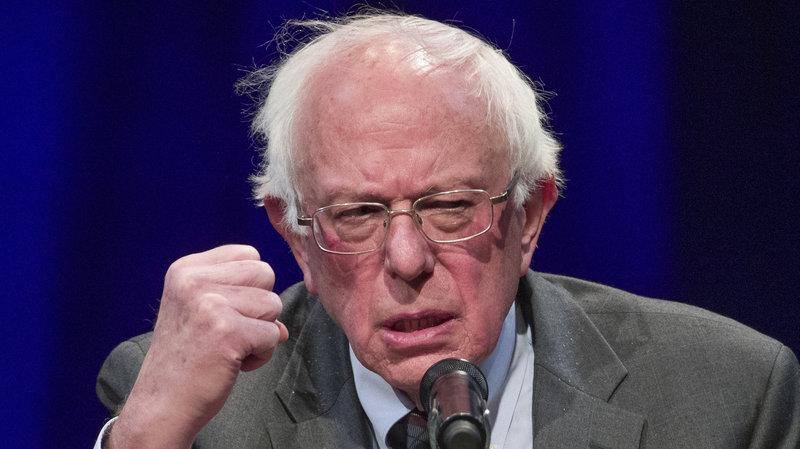 UNITED STATES—Senator Bernie Sanders is advocating voting rights for convicted felons during Town Hall meetings he is holding across the country. Town Hall meetings have been held in Vermont, Bethlehem, Pennsylvania, Houston, Texas and Warren, Ohio.

Town Hall meetings are scheduled forums that allow politicians to meet with the public to discuss a variety of issues. At the age of 77, Sanders is the longest serving U.S. Senator.

Donald Trump Jr. said, “What does that say about the modern-day Democrat party that @Bernie Sanders and @Kamala Harris seem more concerned about giving mass murderers like the Boston Marathon Bomber voting rights than protecting the civil rights of law-abiding American citizens who legally own guns?”

“You can’t make this stuff up anymore. Crazy Bernie even lost Cher with his craziness,” said Donald Trump Jr. in another tweet.

“Does Bernie Sanders really believe that ppl in prison who are murderers, rapist, and child molesters, Boston bombers still have a right to vote?”

According to the National Conference of State Legislatures, it is a common practice in the U.S. for convicted felons to be ineligible to vote.  A state by state guide on voting laws for felons can be found here.

The state of Vermont and the state of Maine are the only two states currently that allow prisoners to vote. On April 24, the Florida House of Representatives passed House Bill 7089 which would add the stipulation of requiring that before voting rights are restored, a person must have fully paid, “any financial obligation ordered by a court as part of a sentence, regardless of whether such financial obligation is continued through a civil judgment, including restitution, supervision costs, fines, fees, and court costs.”

The bill passed the Florida House of Representatives in a vote of 71-45 and will now go to the Florida Senate.  The bill was sponsored by Republican State Representative, James Grant who was reportedly criticized by some, for adding the stipulation likening it to a poll tax.