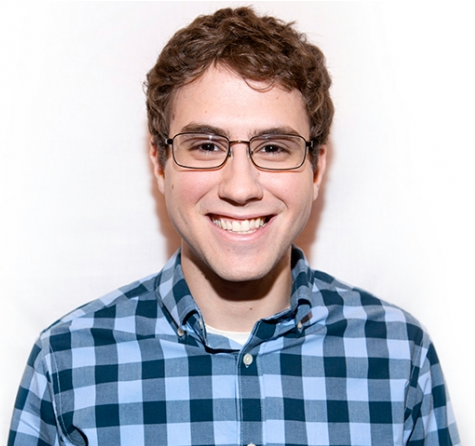 HOLLYWOOD—It’s been a whirlwind summer of surprises on the CBS reality competition series “Big Brother 17,” but after more than 98 days in the house a winner has been selected. It came down to our final three: Steve, the genius, Vanessa , the poker player, and Liz, the twin. In the end the jury decided the person who deserved the win the most was: STEVE!

Let’s go back a bit cause this was a jam-packed episode as every finale tends to be. We pick up with the first part of the HOH competition which involved the contestants hanging onto a platform on top of a carnival apple for as long as possible. The last one standing wins, and it was Vanessa after making a ‘deal’ with Liz. Liz, this woman has stabbed you in the back more times than I can count, open your eyes.

It became apparent early on that Vanessa and Liz planned to take each other to the finals. Vanessa knows she can beat Liz, Liz isn’t aware that to Vanessa she’s less of a threat. This sets the stage for the second part of the HOH competition where Steve and Liz do battle in a physical and mental comp that utilized the element of time and crossword puzzles. In the end Steve, edged out a win over Liz by a few minutes. Yes, the genius will do battle against the strategist in round three of the HOH competition.

Once again one of the greatest players in “Big Brother” history, Dr. Will Kirby returned to play mediator to the jury and wow, was it an epic battle to say the least. This might have been one of the most fascinating jury debates to watch in years. To say that the jurors were slightly bitter was an understatement. I do wish they’d go back to allowing the final two contestants to be grilled by the jury before the live vote, it just makes for a bit more of entertaining television in my opinion.

Johnny spilled to the jury precisely what tactics Vanessa utilized to get into Liz’s ear. Austin was none too pleased to see Liz fall under Vanessa’s spell once again. The jury really didn’t want to hear Austin’s BS about Vanessa, which Will made valid points about Vanessa’s smart tactics. Shelli, Jackie and James argued strong tactics for Vanessa. Valid points were also made about Vanessa’s sneaky tactics. To see the houseguests discuss Steve’s ability to weave out of tough competitions to diminish the target on him was smart.

It was interesting how the jury seemed conflicted about voting for Steve as a winner considering that he was seen as a coward. The argument for Liz was the fact that she road Austin’s coattails, but people saw Austin as a better player compared to Liz. Will threw out a major pinpoint about whoever evicts Vanessa could earn major points, to hear Austin consider awarding Steve over Liz was iconic, seriously.

In a tense, edge-of-your seat battle, Steve and Vanessa went to battle to become the final HOH of the season. The final HOH had me on the edge of my seat literally. I was shaking in regards to who would win. Of course, this is a competition where knowing your houseguests can determine your fate and it was Steve who came into power!

I’m being 200 percent positive, seeing Steve deliver his speech to evict Vanessa from the BB compound was epic; best moment in reality TV in ages. She didn’t see that coming at all; it gave the mastermind a taste of her own medicine! Liz was so happy to see Steve take her to the end, Vanessa was utterly shocked by the eviction, she seemed a bit emotional in her interview with Julie. She admitted she was not taking Steve to the final two, but she got major kudos from Julie for taking out the power players of this season. The jury had some tough questions for Steve and Liz.

The jury was absolutely shocked to see Vanessa join them on the panel, but it became apparent that the audio problems caused multiple interruptions in Steve’s speech. Liz didn’t really answer questions to the fullest. Steve’s arguments were very valid and he argued them convincingly. I think the jury questions this season were terrible. The questions really didn’t extract game tactics from either of the final two. If Austin calls Steve ‘boy’ one more time, I’m going to flip. It’s so damn rude and just pathetic tactics.

The final speeches from both Steve and Liz were a bit all over the place, nothing super strong. Quite fun to see previously evicted houseguests Da’Vonne, Jace, Jason, Jeff, Audrey and Clay discuss how the game unfolded. Jason acknowledged that Vanessa played a phenomenal game and wanted her to own her game. Audrey brought on the waterworks when she acknowledged that telling her story on national TV impacted her life in ways that no one could ever expect.  Finally, the vote was unveiled and Steve won 6-3 against Liz.

The prize for America’s Favorite Player was a battle between Johnny Mac, James and Jason. In the end it was: JAMES who deservedly won! Love Johnny Mac, but I think James won America’s heart as the underdog in the game.

So I must say “Big Brother 17” was an interesting season with major blow-ups and surprises galore that kept me on the edge of my seat. To be honest I’m praying that “Big Brother 18” is finally that second all-stars season fans have been dying for since BB7. Its long overdue, until summer 2016 BB fans!