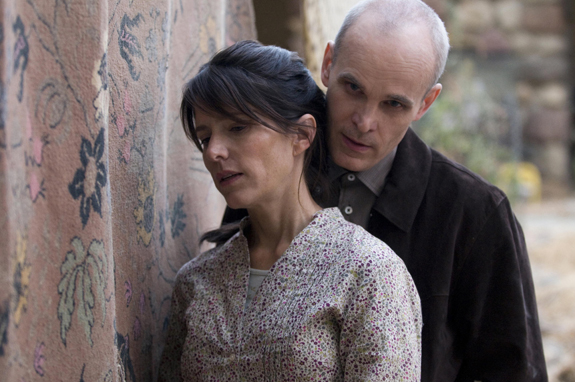 HOLLYWOOD—Sunday night’s season finale of “Big Love” was titled “End of Days.” However, it’s actually the end of exciting Sunday nights. The gripping drama that revolves around a Utah polygamous family ended on a very high note. The episode was written by Eileen Myers and directed by David Petrarca.

With the State Senate election only days away, Bill (Bill Paxton) put the squeeze on Paley (Perry King) in an attempt to protect his candidacy. Though Marilyn (Sissy Spacek) had an ace up her sleeve that threatened to wreck Bill’s chances, or so it seems. Sissy Spacek’s acting abilities are a prime example for why the character works in this series so well pitted against the heroes and heroines. Spacek’s performance was Emmy-worthy on Sunday night.

At the casino, Jerry (Robert Beltran) and Tom’s (Adam Beach) tribal leadership was jeopardized by the illegal actions of family members. Barb and others found out that some of the Indian relatives of Jerry and Tom’s were dealing drugs in the casino and Tommy and Jerry were forced to look the other way. Bill took this the wrong way and fired the pair and made enemies out of one-time allies.

Caught in a tangled family web, Margene (Ginnifer Goodwin) weighs her allegiance to Bill with her desire to keep Ana (Branka Katic) and Goran (Steve Bacic) in her life. Fickle in love Margene admitted to her family and to Ana and Goran that she was becoming attracted to Goran. That didn’t sit well with her family, though Goran and Ana in a very creepy way seemed to embrace the attraction, which leads into a major storyline next season.

Desperate to get pregnant, Nicki (ChloÃ« Sevigny) got news from Dr. Roquet Walker (Eric Ladin) ”“ J.J.’s son ”“ that seems too good to be true. J.J. had been using his son’s position as a physician to impregnate his wives to keep the family pure. Yes, incestuous and deviant J.J. was hiding the secret from everyone. Though Adeleen found this secret out and overpowered the nurse and went after J.J. Though he initially escaped, Adaleen by the end of the evening had J.J. and one of his wives tied up and she set fire to the trailer they were in. As the scene ended, it seemed that there is no way for J.J. to survive, but “Big Love” writers may find that J.J. needs to return next season to face the music and scare us even more.

A late-breaking polygamist scandal in Kansas became national news, forcing Bill and his three wives to rethink their bold post-election plans. The ending, where Bill and his three wives lined up, with each wife wearing red, white and blue, was quintessential politics. The writers this season created the most intriguing political storyline I’ve ever seen played out on television. Bill’s election win is so rich for potential, and I must admit I haven’t a clue where the storyline is going now.

While Rick Del Vicchio said, “Did Bill stop to think that the voters who elected him one day would vote to recall him the next after his big revelations?”

“And when Barb confessed that she outed Bill’s paternity test with Ana. I was just speechless. I was like, if she ever wanted to destroy the relationship, that was it. Besides going off in the sunset with Tommy, of course,” said Tiffany Huff.

Vicki Granger chimed in, “Fantastic finale! Loved the symbolism of the wives wearing ”˜red, white, and blue’ dresses for the announcement of their polygamist family.”

“How will Bill be able to be a full-time State Senator, owner of Home Plus, on the Board of Directors of the casino, devoted husband and father and prophet at the same time? That’s gonna take more than 40 hours a week,” stated Tiffany Countryman.

Jessi Bigler added, “Wow, that episode was good, how about Adaleen, I knew she was a crazy b*tch. And those red, white and blue coats at the end, some major symbolism there. I can’t wait for the next season but they have to bring Tommy back, we can’t just leave him and Barb where they are.”

It was Jeanette Cooke who summed it all up best. “Is Big Love coming back next season? Can someone tell me? I hope so, I love this show.” Yes, Jeanette, “Big Love” will return next year.
Join us on Big Love’s official Facebook page and offer your opinions. The producers and HBO really do appreciate the fan support and even criticism. Enjoy your spring.  Facebook | Big Love