LOS ANGELES─Well music’s biggest night arrived on Sunday, January 26. Any guesses? No I’m not referring to the MTV Video Music Awards, I’m talking about the Grammy Awards. Yes, it’s the biggest accolade one can earn in the music industry, and with news rambling about the corruption and rigging in the Recording Academy, I think plenty were intrigued to find out who might walk away with the top prizes. Lizzo vs. Billie Eilish? It was Eilish who had a virtual sweep of the major categories winning Best New Artist, Song, Record and Album of the Year. She also won awards earlier in the night for Best Pop Vocal Album.

Who will win in the top races? That is the question that everyone wanted to know, and per usual the Grammy Awards continue to present head scratchers in many of the top races. I can now say the Grammy Awards is the longest awards show ever. I mean the ceremony has surpassed the Academy Awards and that’s the biggest accolade anyone can win in the world. Please explain to me how an award show can clock in close to 4 hours, but only give out like 10 awards? I mean the Oscars at least hands out all 24 awards! I get the Grammys have over 70 plus categories, but jeez, you can hand out a few more awards, it is an AWARDS show at the end of the day.

Lizzo kicked the musical festivities off with a performance that paid tribute to her iconic hit “Truth Hurts.” The performance was fun, exciting and full of great energy. With that said, Alicia Keys returned as the host of the ceremony, with a musical performance paying tribute to NBA legend Kobe Bryant who was killed in a helicopter crash Sunday morning. Keys asked everyone to just take a moment to think about Bryant and his family during this very difficult moment. She sang acapella before being joined on the stage with the members of Boyz II Men.

Blake Shelton and Gwen Stefani hit the stage together to perform their song “Nobody But You,” and I must say it’s a catchy tune, their vocals were incredible. Keys’ is dragging as a host, let’s get some awards handed out, but before we get to that the Jonas Bros. took to the stage to perform their new singles “Five More Minutes” and “What A Man Gotta Do.” Wow, it literally took 30 minutes before the first prize of the night for Best Pop Solo Performance was delivered to a shocked Lizzo for “Truth Hurts” who was hoping for the win backstage. She was overcome with emotion while on stage.

Tyler the Creator was joined onstage by Charlie Wilson and Boyz II Men to perform a somber, yet visually iconic number that people will be talking about the next day. The Grammy for Best Country Duo or Group Performance went to Dan + Shay for “Speechless.” I was so looking forward to the Prince tribute; it’s unbelievable that this icon is no longer with us. Sheila E., Usher and FKA Twigs all hit the stage to honor the man known as the symbol. Such hits song included “Let’s Go Crazy,” “Little Red Corvette,” “When Doves Cry” and “Kiss” to name a few. Damn, where the hell has Usher been all these years. This guy can perform like no other; vocally and on the dance floor. 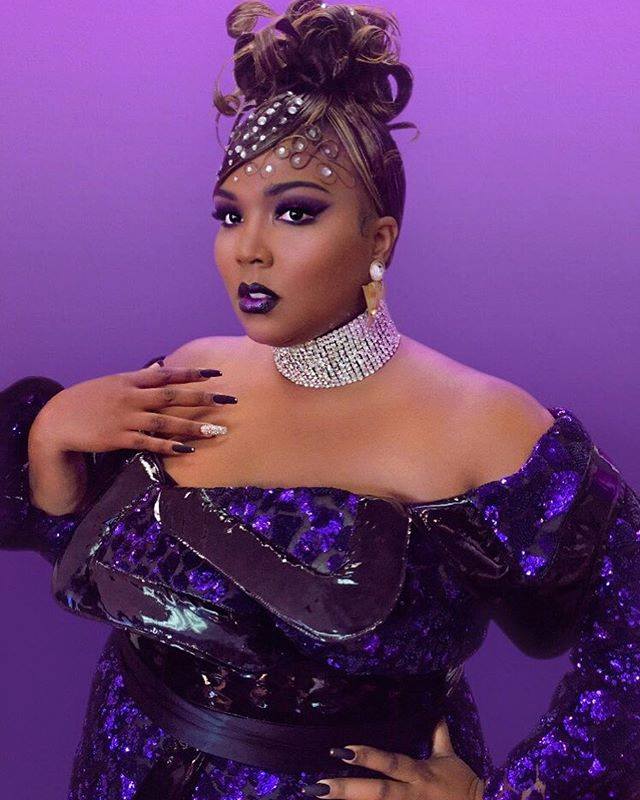 Camila Bella took to the stage to deliver a powerful rendition of “First Man” to pay tribute to her father, at first I thought the song was about Shawn Mendes. It was truly an emotional moment, as the songstress sang directly to her dad who was in the audience. Tanya Tucker took the stage alongside Brandi Carlile to sing their hit “Bring My Flowers.” I’m still stunned that a Grammy was presented for Best Comedy Album. I’m just going to stay quiet on this one.

I’m still baffled that Ariana Grande has yet to win a Grammy. This woman is indeed a vocal powerhouse and is long overdue for a win people. Grande took to the stage to sing a medley of her hits. That was a phenomenal performance to watch people. This is one people NEED to watch out for, this girl can sang, not sing, sang. People have been waiting all night for Billie Eilish to take the stage to perform, a much somber take than what we’ve come to expect from 2019’s breakout hit.

Another performance that I’ve been eagerly waiting for was the performance of Aerosmith who collaborated with Run D.M.C. Aerosmith performed a medley of hits that had me on my feet and singing along. Best Rap Album proved to be victory for Tyler, The Creator for “Igor.” This guy can be quite kooky, but it was great to see him pay tribute to his mother, his label, his friends, who have always showed support to him even though he is a bit outside of the box, and Pharrell Williams who he considers a role model.

Lil Nas X performed his inescapable hit of the year “Old Town Road” with the assistance of Billy Ray Cyrus, BTS, and Diplo. I would be lying if I didn’t say that was the song that was played 24/7 on the radio in 2019. It was a major surprise to see rapper Nas hit the stage. I cannot remember the last time this man hit the stage to perform. Demi Lovato took the Grammy stage to perform an inspirational and powerful ballad addressing her struggles with addiction. Lovato is another songstress who has some amazing vocal chops.

A powerful tribute was delivered to late rapper Nipsey Hussle courtesy of Meek Mill, DJ Khaled, John Legend, YG and Kirk Franklin. Rosalie later took to the stage to deliver an energetic performance. This is why the Grammys lose audiences. The ceremony is just too long. I hate to say this, but cut some of the performances out. I already know the ceremony is going to go beyond 3 hours and 30 minutes because the Big 4 still have yet to be handed out (New Artist, Record, Song and Album of the Year).

Smokey Robinson (seems like a trend) presented the prize for Song of the Year, while singing a rendition of his hit “My Girl,” to Billie Eilish for “Bad Guy.” She was overcome with emotion while accepting the prize. She gave an eloquent speech while in utter shock with her win. Alicia Keys finally delivered some new music to the audience as she performed her new single “Underdog.” Oh, since the ceremony is crunching time, now awards are being presented. The Grammy for Best Rap/Sung Performance went to Nipsey Hussle, DJ Khaled and John Legend for “Higher.” H.E.R. hit the stage and proved she is a musical talent on the piano, guitar and with her voice. Its nearly 3 hours and 30 minutes, and the Grammys are just presenting Best New Artist, I got bored about 1 hour ago. With that said it was Billie Eilish who walked away with the trophy. This girl is so gracious and I love it!

Just two more awards to go people, Record and Album of the Year. Why is Album of the Year being presented before Record of the Year? I’m going to stop asking questions as it was Billie Eilish for “When We Fall Asleep Where Do We Go?” Eilish dedicated her prize to Ariana Grande who she thought really deserved the prize, and to be honest, Grande continues to be overlooked people. Keys presented the final prize of the night for Record of the Year to “Bad Guy” Billie Eilish.

Yeah, Eilish really cleaned house, but when has the Grammys not ever allowed the same artist to clean house in all the categories. Clocking in at 3 hours and 40 minutes, I’m certain this will be the longest awards show of the season. Grammys you have to work on things for 2021 your ceremony is dragging too much for my liking.