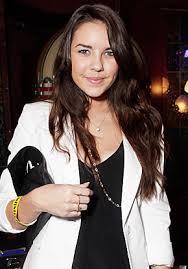 HOLLYWOOD HILLS —Moments after “Pretty Wild” reality star Alexis Neiers pleaded no contest to felony burglary in a Los Angeles courtroom, surrounding the alleged “bling ring” home robberies of celebrities such as “Pirates of the Caribbean” star Orlando Bloom, Paris Hilton and Lindsay Lohan, a sullen looking Neirs was being filmed by TV cameras of the E! Network, where her reality show was to begin airing weekly. Makeup artists and production staff lingered outside of the courtroom as if it was the trial of the century. E! would not confirm that the footage is being prepared for the possible upcoming reality series, which would also star the defendant’s two sisters.

Neirs, who was sentenced to six months in jail, was dressed conservatively for court in a black blazer and designer jeans, and stood silently while Los Angeles Superior Court Judge Peter Espinoza asked if she understood that if she violates the law during her probation she faces the two-year sentence which was stayed. She acknowledged her understanding of the ruling. Neiers was also ordered by Judge Espinoza to surrender to authorities on June 24, for her six-month sentence and to stay more than 100 yards away from Bloom’s Hollywood Hills home.

Outside the courtroom the E! camera crew was seen filming discussions between Neirs, famed defense attorney Jeffrey K. Rubenstein and the L.A. prosecutor. Rubenstein told Los Angeles Superior Court Judge Peter Espinoza that his client “feels it’s in her best interest to take the people’s offer because of the amount of jail time that could possibly occur and she wants to move on with her life.” He also told reporters after the hearing, “We decided it was in Alexis’ best interests to take responsibility for her small part in this incident.”

Orlando Bloom was apparently prepared to testify if Neiers had decided to go on trial for the charges. She could have faced a six-year prison sentence if she was convicted on the charges. Neier was part of the infamous Hollywood “bling ring” that stole more than $3 million in valuables belonging to members of Hollywood’s A-list youth.

Despite the guilty plea, entertainment insiders predict the E! reality show will most likely go on. Canyon News contacted E! and they declined to comment on the case or to confirm whether or not the show will air in the future. It is noted that the official website for the network no longer has a date for airing of the series.

Vegetables From Winter To Summer