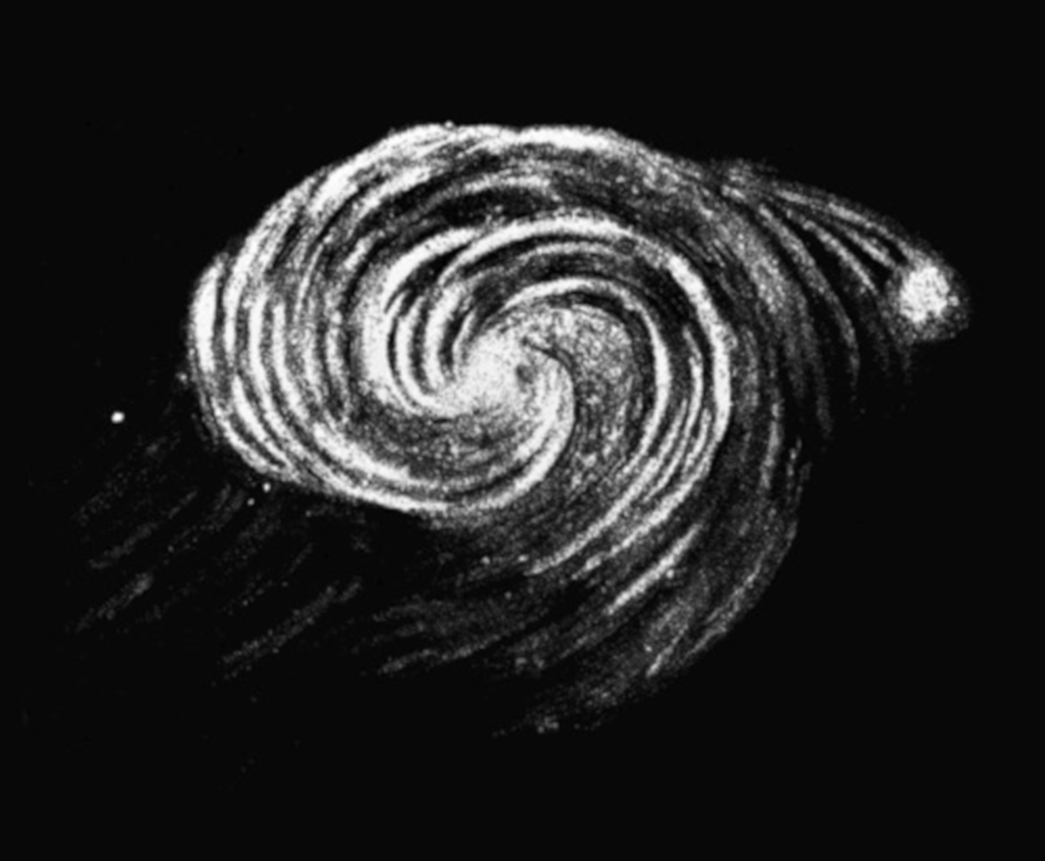 UNITED STATES—The die was cast: An opalescent pile of pill-pods glittered hypnotically in the noon day sun, which spared the eye little that was unpleasant, such as the raw welts near the base of the spine where the pill-pods had been lanced. It seemed later, but the sundial—one of the crude technologies permitted by the old lady inside The Leader—showed half past eleven.

“Up There” reigned the deracination of daylight savings, a particularly American innovation which fled to the Underground Cities, it was a quaint idiosyncrasy programmed into their incredibly life-like atmospherics. The pile of extracted pill-pods designed to mask The Leader’s pain and flaws and enhance his image as a paragon of virile leadership and a 7-under-par golfgame shown like a puddle of gemstones, tossed in the powdery dun-colored soil so apt for rye and potatoes.

The Leader, buck naked, Neosporin-white, under the exodus of brocaded papal robes, white as a bug under a rock, lay quite still. The horseman in the cracked dusty leather jacket, its shoulders dusted by alkali, saw the figure shaking slightly in the dust. At first he thought this pale, naked, bulbous figure might be crying. Others quickly gathered round, driven by hope and morbidity. “What else is there?” thought Zorba. “My gosh, I’m becoming cynical,” thought the young former detective to himself. What now?

Round they gathered, feeling chilly in the sun, sons and daughters and the Leader’s woman crept from out of the house in the bright creamy sun—the air up here relinquished the harshness that overtook the land before the Vegan wars. It was soft and warm here at high noon. Nothing like the dystopic Darwinian inferno Zorba’s research had lead him to envision.

The grizzled horseman asked for a bit of cooking oil.

“I had a feeling,” he said. “And I passed this way.” He remembered spottily the rigmarole of a holy rite eroded as the holder of moldy faith like moldy bread had fled, supplanted by the zealous technophobia that reigned up here. But you could breathe, couldn’t you?

One of the grandchildren sired by The Leader before his accident brought back a tiny jar of oil drained from the fry-pan on the wood stove. The visitor dipped his callused fingers into it and then rubbed it on the balls of the prone leader’s blue feet. The young ‘uns helped and exerted to flop The Leader onto his back. Fat drops of sweat pour from their temples.

The dusty horseman rubbed some oil on the pudgy old man’s sunken chest, and its scrawl of gray chest hair, above the distended belly and dabbed some cooking oil on his deeply grooved forehead, as well. This would have to pass for extreme unction “up here.”

Some last ember dregs of incantation were uttered from a depleted prayer.

“Your sins are forgiven.”

“What are sins?” said the youngest and tiniest wearing the clan’s blood-red and tan plaid.
The lay preacher concluded, “In plaid we trust.” Others repeated “in plaid we trust,” and a few of the elders did the sign of the triangle. Zorba looked down; he soon regretted it.

Someone brought burlap and they wrapped it around the Leader’s groin. Zorba who could not avert his police gaze from what he saw, much as he would have liked to. Just before The Leader was swaddled in burlap, Zorba glimpsed that The Leaders’ pubis was a maggoty mess, dark and crusted, the legendary coil of manhood hideously truncated.

Graydon Miller, the Wizard of Fiction , is the author of the international organ-trafficking thriller “Hostages of Veracruz” https://amzn.to/2CPQISk (Available on Amazon)