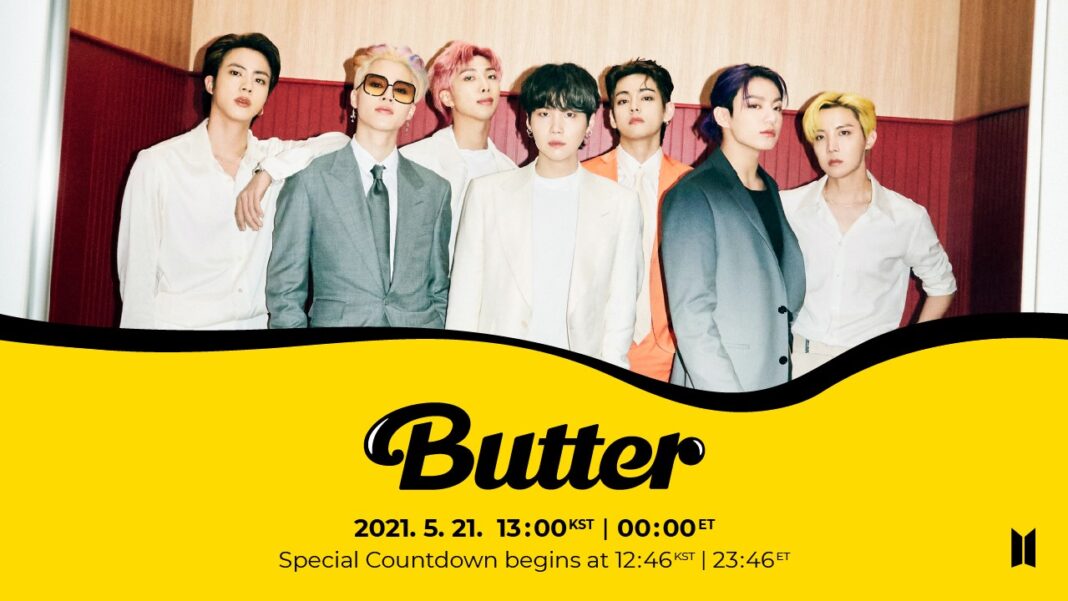 HOLLYWOOD—BTS is marking their eighth anniversary of their debut by recreating classic photos. It seems that every year, the Korean band mark the anniversary of their debut, 2 Cool 4 Skool, with BTS Festa, a two-week event full of surprises for fans. For 2021, that will include new videos, live performances and online fan meet-up. The celebration opened on June 2, with the release of two dozen new group photos, known as family portraits.

Eagle-eyed fans quickly spotted that some of the pictures looked familiar-with the seven-piece boy band restaging classic poses from their past with more colorful outfits and backdrops this time around. The celebration comes as the band’s latest single “Butter,” a kinetic, Michael Jackson-inspired song which sets records around the world. “The rhythm, nice summer vibe to jam out to, with the windows down in your car,” says fan Christopher Limoncelli.

The song’s music video was the biggest premiere in YouTube history, drawing in 3.9 million views for its premiere on May 21.

Not only that, but it set a new all-time record for YouTube views in the first 24 hours, garnering over 108.2 million in the first day. Both occasions, the band were breaking records they already held- surely overtaking the success of last summer’s hit single “Dynamite.” Shortly after the single dropped on Spotify, it was played 11,042,335 times in just one day, breaking the record for the most-streamed track on Spotify in the first 24 hours, beating Ed Sheeran and Justin Bieber’s “I Don’t Care” by 64,946 streams.

“Butter” soon reached Number 1. It makes the band only the seventh act in history to earn their first four US number ones in less than a year, joining the likes of The Beatles, The Supremes, Paula Abdul and Mariah Carey, according to Billboard.

The BTS Fiesta is set to continue until June 14, culminating in a live-stream concert and fan event, known as a “Muster,” according to published reports. On June 4, BTS will have a new choreography video, BTS Room Live on June 11 and another event titled “Bicycle” on June 7. Fans have speculated that the last event will be a new single or even a cover of Queen’s Bicycle Race. BTS apparently loves the rock band Queen. Anniversary festivals are common for pop acts, but more typically it’s a form of “thank-you” to fans in the form of a new video or special photos.

As of April, BTS became the most streamed group on Spotify, with about 16.3 billion streams, previously a record held by Coldplay. They are one of the most successful music groups, in Guinness World Records. They also made history as the first time a Korean pop group received a Grammy nod. Along the way, they’ve gained a legion of fiercely loyal fans called ARMY (full disclosure: I am one of them.) In a 2018 interview with Jimmy Fallon, BTS was asked what they wanted next in their career and Suga said, “Go To the Grammys.” Well, their dream came true.

Concerts are coming back, and it is my pleasure to announce that Guns N’ Roses has announced their 2021 and 2022 concert tour dates.  They will kick off their tour at Hershey, Pennsylvania on July 31. According to the Guns N’ Roses website, the show will open with a performance by Mammoth WVH, featuring Wolfgang Van Halen, the son of the late Eddie Van Halen. GNR was originally set to perform at Hersheypark Stadium last July 2020, but had to postpone due to the Covid-19 pandemic.