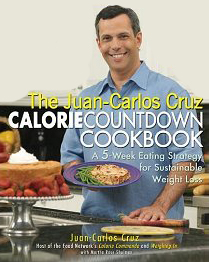 SANTA MONICA—On May 17, a former Food Network chef has been charged with attempted murder and solicitation of murder for allegedly attempting to hire homeless individuals to kill his wife.

The suspect, 48-year-old Juan-Carlos Cruz, was taken into custody on May 13, at about 12:30 p.m. The Santa Monica Police Department reports that on May 7, officers with SMPD’s Homeless Liaison Program were contacted by homeless individuals who were accosted by a man who propositioned to pay them for killing a person. The people who were propositioned agreed to assist Santa Monica police with the investigation, which later uncovered the murder-for-hire method, where and when the victim was to be killed, and the terms of payment offered.

The victim targeted in the scheme is believed to be Cruz’s wife, Jennifer Campbell. It is believed that the suspect attempted to hire at least two homeless men by proposing to pay them $1,000 to murder Campbell. One of the homeless men is now claiming that he attempted to inform Cruz’s wife of the scheme two days before the men contacted authorities; however, police were unable to confirm the events.

Cruz, a resident of Los Angeles, is renowned as a television celebrity chef and had previously hosted “Calorie Commando” and “Weighing In,” (formerly known as “Take Off”) on the Food Network. His bail amount has been set at $2 million.

“He pled ‘not guilty’ at his arraignment hearing on May 17,” spokeswoman Jane Robison, of the Los Angeles District Attorney’s Office, told Canyon News. “His preliminary hearing is set for June 23 at the Airport Court at Department 144.”

Robison reports to Canyon News that information on the possible motives for Cruz’s alleged attempt to kill Campbell is not being disclosed.

If convicted, Cruz may be sentenced to life in prison.