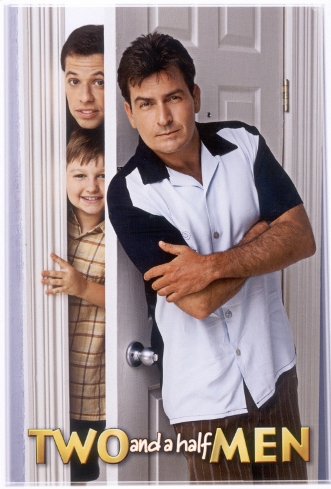 SANTA MONICA—Actor Charlie Sheen kept his word about his intentions to sue Warner Bros. Studios for damages allegedly arising from his dismissal from CBS’s hit sitcom “Two and a Half Men.” On Thursday a lawyer for Sheen filed a $100 million lawsuit in a California state court in Santa Monica stating Warner Bros. was forced or coerced by the show’s creator Chuck Lorre into firing Sheen as part of a grudge Sheen claims Lorre has against him. The suit states the two parties; Lorre and Warner Bros. were complicit in trying to fire Sheen without just cause.

In the lawsuit Sheen claims breach of contract, retaliation and charges that he was physically ill at certain points of his tenure on the series, and was dismissed based partly on illness, which is in violation of California state law. Sheen’s also suing on behalf of the show’s crew. The actor’s lawyer is famed celebrity attorney Marty Singer. In his filing on his client’s behalf, he writes in part, “Chuck Lorre, one of the richest men in television who is worth hundreds of millions of dollars, believes himself to be so wealthy and powerful that he can unilaterally decide to take money away from the dedicated cast and crew of the popular television series, ”˜Two and a Half Men,’ in order to serve his own ego and self-interest, and make the star of the series the scapegoat for (Lorre’s) own conduct.”

Singer is placing a majority of the blame for Sheen’s dismissal on Lorre. Warner Bros. a division of Time Warner Incorporated stated on Monday, March 7, that Mr. Sheen was released from his contract due to his erratic behavior while filming and his subsequent behavior since the show’s shutdown weeks earlier and that his interviews attacking the show’s creator (Chuck Lorre) were not to be tolerated.

Sheen and his lawyer Marty Singer disagree. “The suspension and termination of Mr. Sheen occurred only after Mr. Sheen had finally been provoked into criticizing Lorre in response to his harassment and disparagement campaign which had been going on for years,” according to the actor’s complaint. The suit also points out that WB’s renegotiated Sheen’s contract when he was facing felony charges in Colorado for allegedly committing domestic violence on his wife Brooke Mueller on a family trip to the state.

World famous defense attorney and bestselling author Mickey Sherman tells Canyon News exclusively, “Nobody complained when Babe Ruth or Mickey Mantle drank all night, caroused and showed up at the ball park looking like crap. They still hit the ball out of the park and that is all that mattered. We have elevated our TV and movie icons into people whose character or silly behavior must be scrutinized. The bar for their behavior should not be that high. They are actors, not guidance counselors or clergy.”

Famed L.A. based advocate’s attorney Robin Sax tells Canyon News, “I suspect these battles will go on for years. Not only the lawsuit that Charlie (Sheen) filed today against Warner Bros., but also his custody battles. He has enough money and the desire to keep fighting and I expect it all to be drawn out for years to come.” Sherman countered by saying, “From a practical standpoint, wouldn’t or hasn’t the ratings for Sheen’s show gone up in these last few weeks. I never watched the show but I tuned in to see if he acts like a non-scripted nut. He seemed to hit his marks, remember his lines and basically act like the wacky character he is in real life. Who has he hurt? Why do we need to punish people who have addictions when they are not out endangering others.”

No trial date has been set, however, WB’s and Chuck Lorre sought legal advice last week during Sheen’s marathon interviews, which included NBC’s “Today Show,” CNN’s “Piers Morgan Tonight” and ABC’s “Good Morning America.” Attorney Sherman concluded, “I think Sheen will win his lawsuit and they will have to back up the Brink’s truck when the verdict comes in.”

Warner Bros. Television declined to comment on the lawsuit.