UNITED STATES—On August 30, North Stanly High School cheerleaders, in New London, North Carolina were placed on probation by the North Carolina High School Athletic Association (NCHAA) for the rest of the football season for posing for a picture with a Trump 2020 sign.

A WCNC YouTube Video depicts the public’s response to the decision of the NNCHAA. Jeremy Onitreb is attempting to organize a Trump rally in front of North Stanly High School before the next home game.  Onitreb received over 800 responses via Facebook of people interested in attending.

“The more the merrier. I’d love everybody to line the street so that everybody going to the game goes through the biggest Trump rally they’ve ever been to.  That would be phenomenal,” said Onitreb.

Congressman Richard Hudson(NC-08) sent a letter on September 17, in support of the cheerleaders stating: “As leaders, we should be encouraging America’s youth to participate in our democracy and political process-not punishing and silencing them.” 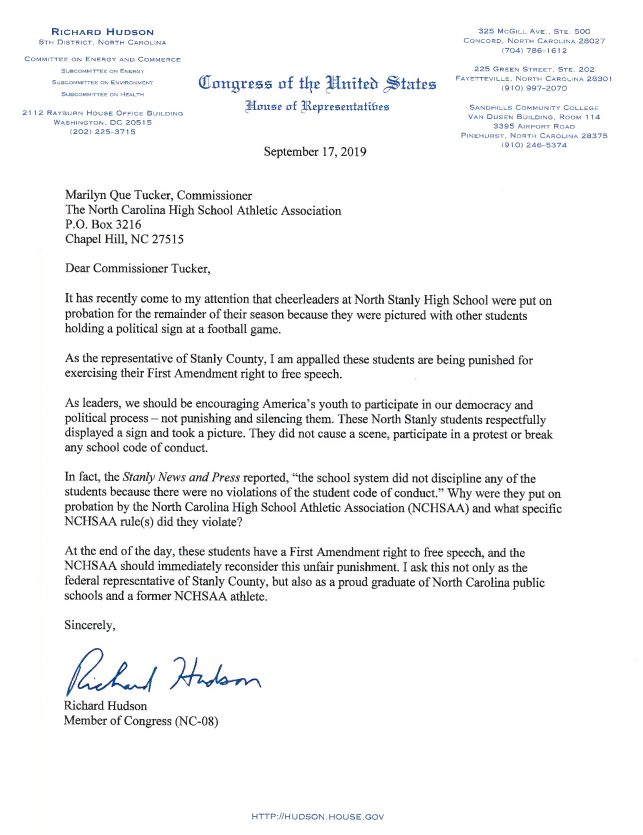 The North Stanly High School defended their position indicating that it was the NCHAA that placed the students on probation. 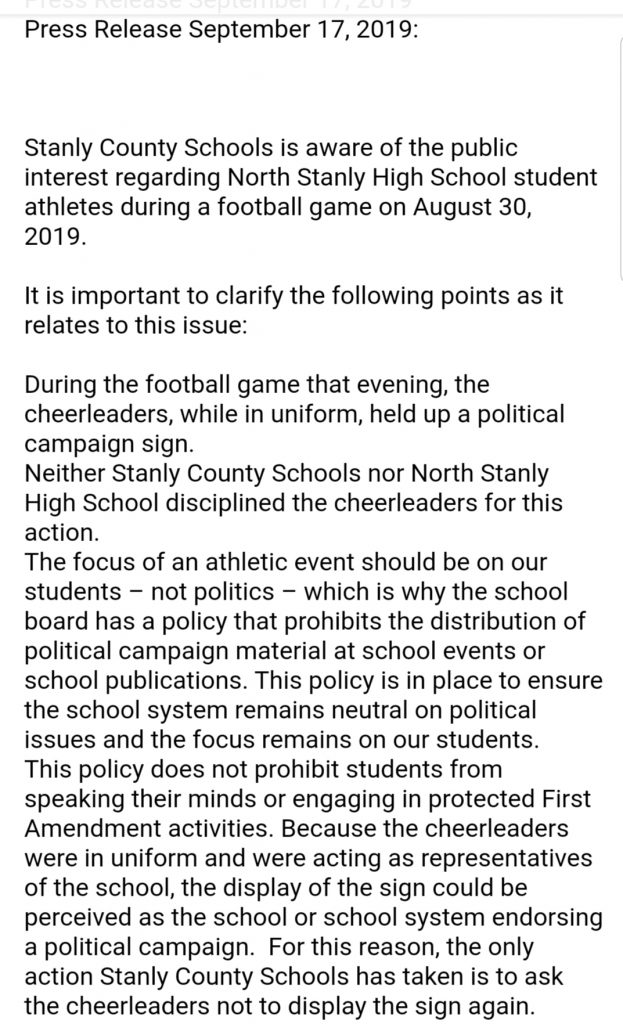 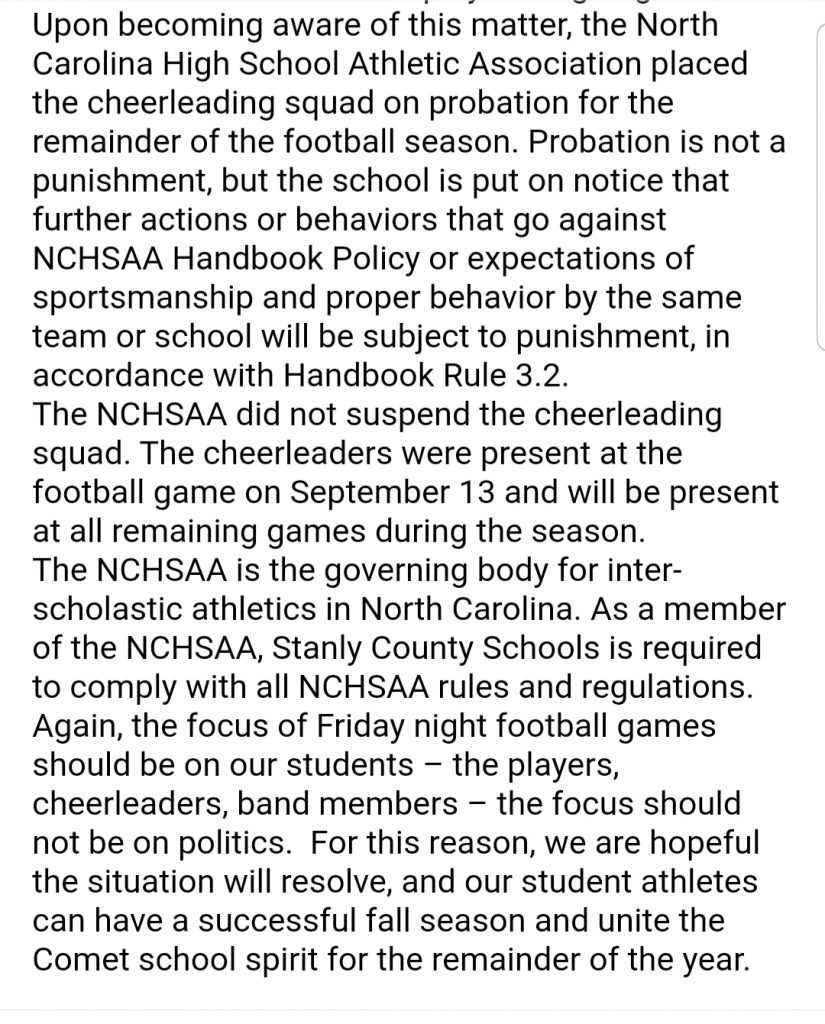 In a separate incident on September 16, cheerleaders from Lake Hamilton High School in Little Rock, Arkansas are facing punishment over a Pro-Trump sign at a football game. The cheerleaders criticized for their sign, “Make America Great Again Trump the Leopards.”

According to KATV, the opponent during the football game was was Malvern High School Leopards. 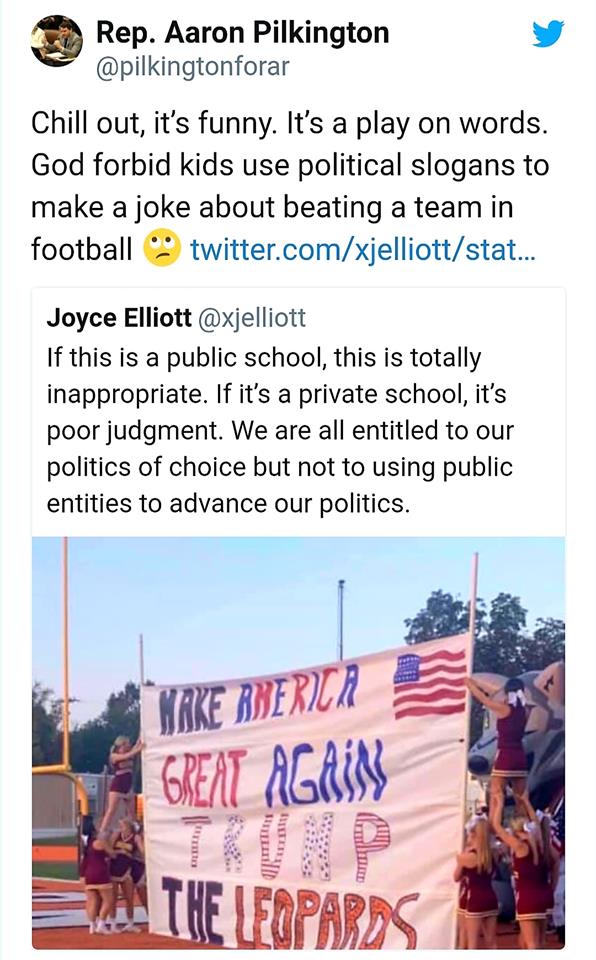