CALIFORNIA—Authorities arrested Chuyen Vo, 51, on Wednesday, August 21 in connection to the fatal stabbing of Steven Shek Keung Chan on August 19 in a parking lot near the University of California-Fullerton campus.

Chan was found bleeding in his car from multiple stab wounds. He was pronounced dead at the scene at 8:27 a.m. by officials. He was an ex-faculty member that retired in 2017. Chan was returning to the university to work as a consultant for international students.

The Orange County Sheriff’s Department used bloodhounds to search for the suspect. The Fullerton Police Department released a composite sketch of the suspect, as seen below: 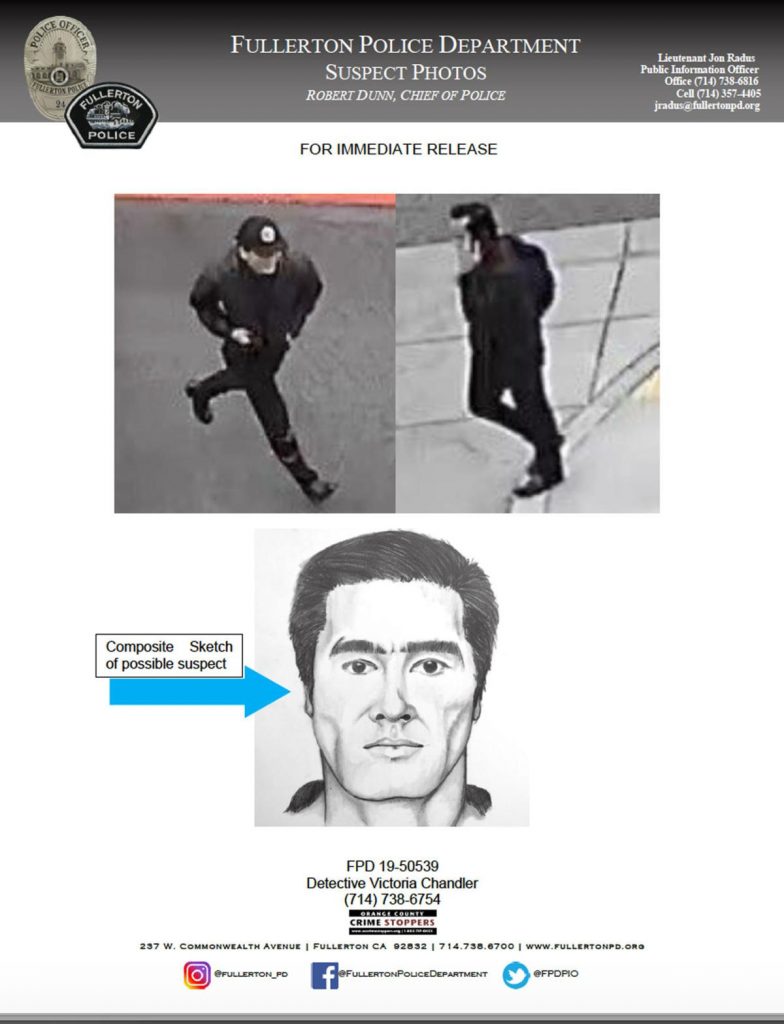 According to a press release by Fullerton Police Department, Vo was apprehended at his home in Huntington Beach. He is being held without bond. 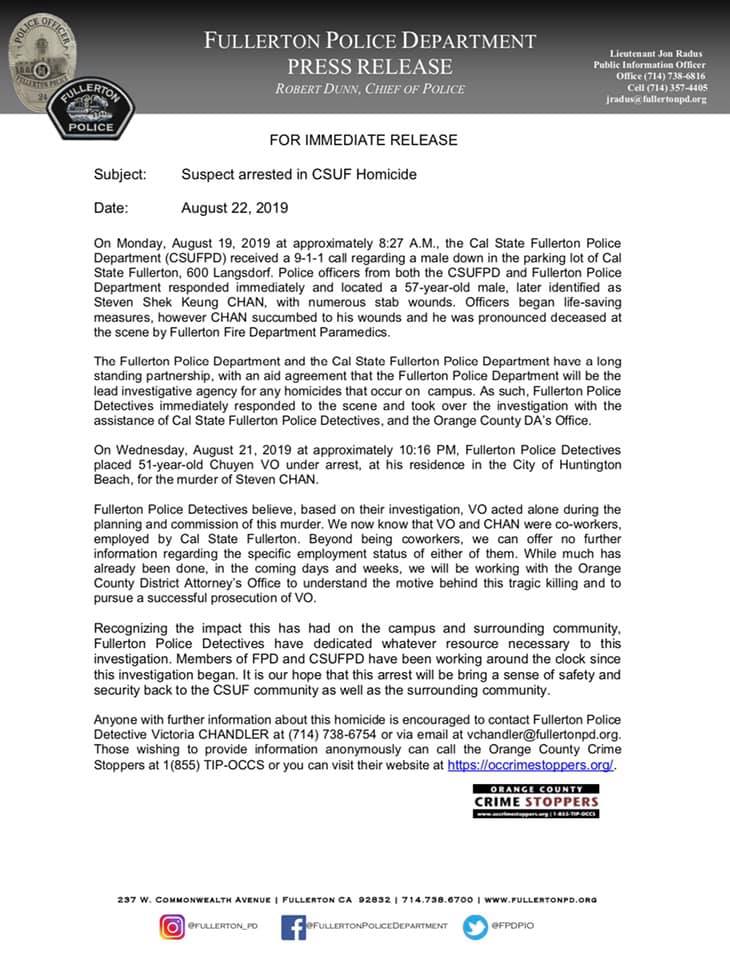 Vo was a co-worker of Chan. A motive for the murder has not been disclosed to the public. California State Fullerton President Framroze Virjee made a public statement following a press conference from the Fullerton Police Department announcing the arrest of a suspect for Chan’s murder.

President Virjee assured the Titan community that this was an isolated incident.

“We have absolutely no information that would indicate any lingering danger to the health and safety to our campus family,” said Virjee.

He commended the Fullerton Police Department, campus police, and all individuals who worked diligently around the clock until the suspect was apprehended. President Virjee offered counseling and support to those who may be impacted by the death of one of their own.