SAN FRANCISCO—Employees of the city of San Francisco have a travel ban prohibiting travel to several states who have pro-life laws.

In a press release from October 16, Mayor London Breed announced the implementation of Board of Supervisor Vallie Brown’s new ordinance that adopted a list of 22 states they will no longer do business with due to what they call “anti-choice policies.”

Nine of the states banned have restrictive travel bans on them for legislation regarding LGBTQ. City Administrator, Naomi M. Kelly updated the list that city officials are prohibited from traveling to on city business. The city of San Francisco has forbidden entering new contracts with companies headquartered out of these states and will go into effect on January 1, 2020. 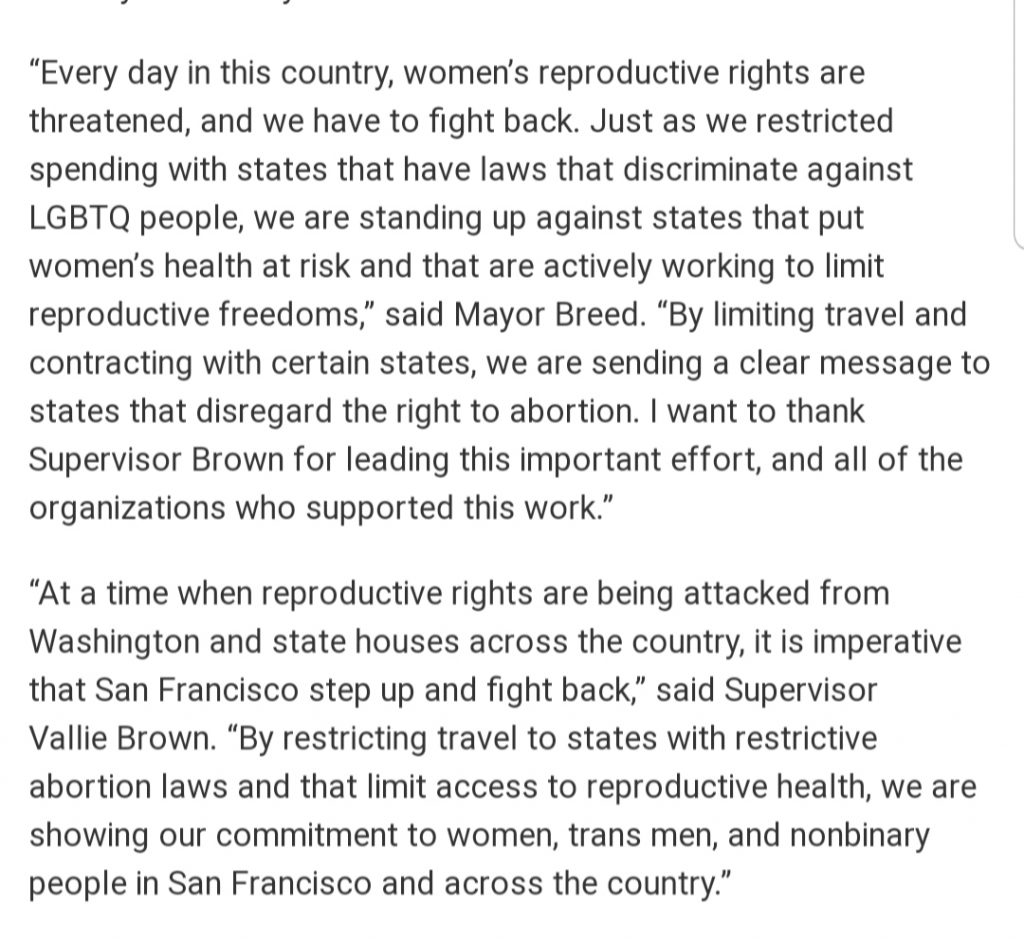 The “anti-choice” policies San Francisco city officials refer to involve pro-life laws put in place to protect the unborn after it was proven by scientists that once the infant in the womb has a heartbeat he or she is capable of feeling pain.

These laws came into effect after the Pain-Capable Unborn Child Protection Act proved that fetal surgeons documented that they found it necessary to sedate the infant in the womb for surgery.