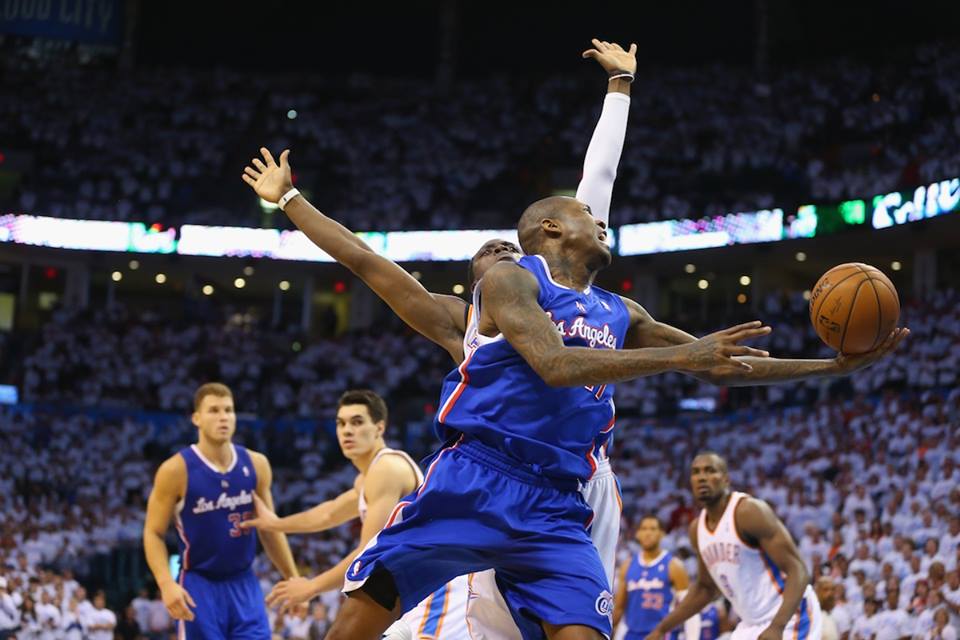 OKLAHOMA CITY-The Los Angeles Clippers had Game 5 in the bag, but allowed the Oklahoma City Thunder to rally back to edge out a win in a nail-bitter Tuesday night. The Thunder regained the lead in the fourth quarter to win 105-104.

The Clippers had a 7-point lead with less than 50 seconds left in the game, and allowed their opponents to garner the edge, scoring eight points in less than a minute for the win. At half-time, the Clippers led the game, 58-52, the deciding factor came in the third quarter where the Thunder regrouped and both teams scored a total of 28 points.

Blake Griffin was the hero for his team once again scoring 24 points. He also had a gargantuan 17 rebounds. His teammate Chris Paul had 17 points, 14 assists and 4 steals. The team shot 8-15 from the three-point line and had four players score above 15 points.

For the Thunder, Russell Westbrook scored 38 points, while teammate Kevin Durant was virtually shut-out shooting only 6-for-22, but had 10 rebounds in the game. With the Thunder now leading the series 3-2, its win or go home for the Clippers who will play Game 6 at home on Thursday. With the home court advantage the Clippers should be playing 200 percent for the win, but the Thunder might be looking to wrap up this series without a Game 7.