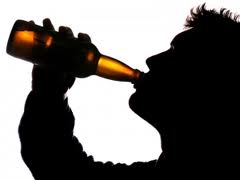 TOPANGA CANYON—On August 20, a collision occurred on Topanga Canyon, bringing about a road closure in the area, according to the California Highway Patrol.

The incident occurred near Fernwood Pacific Drive at around 5 a.m. and involved two vehicles, with one of the drivers traveling in the wrong direction down the roadway.

It is suspected that the wrong-way motorist may have been intoxicated, according to CHP. The cars were removed by tow trucks and at least two people were injured; however, the extent of their injuries are unknown as of press time.