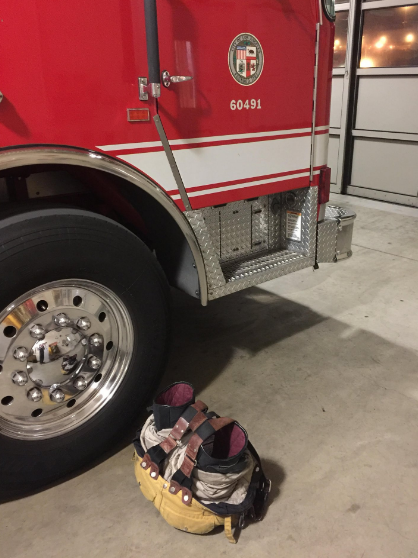 BEL AIR—On Friday, October 21, a construction worker died after falling into a well in a Bel Air neighborhood. According to the authorities, the man fell around 50 feet. His co-workers immediately called for emergency assistance.

The victim was being lowered down the well in a basket, when he was dislodged from the basket. Eloy Bargain of the Los Angeles Fire Department told KTLA, “He fell off the basket and he fell. We don’t know what the length of his drop was, it is a 50-foot shaft.” The worker was seen floating in the water, face down and unresponsive.

The worker fell into a 4 feet wide by 50 feet deep sump well. The LAFD Urban Search and Rescue (USAR) team members specializing in confined space rescue accessed the narrow confines and determined the man was beyond medical help. The same LAFD USAR personnel assisted the Coroner’s Office with the discreet and dignified removal of the man’s remains.

A search-and-rescue team was dispatched in attempt to save the 27-year-old man.

The LAFD first responded to the call at 2:48 p.m. The incident took place at a residence on the 900 block of Bel Air Road where a private home was under construction. Humphrey reported that the property owner declined news media access to the area.

The identity of the construction worker has not been released pending identification and a cause of death. Members of Cal/PSHA are also investigating the death.