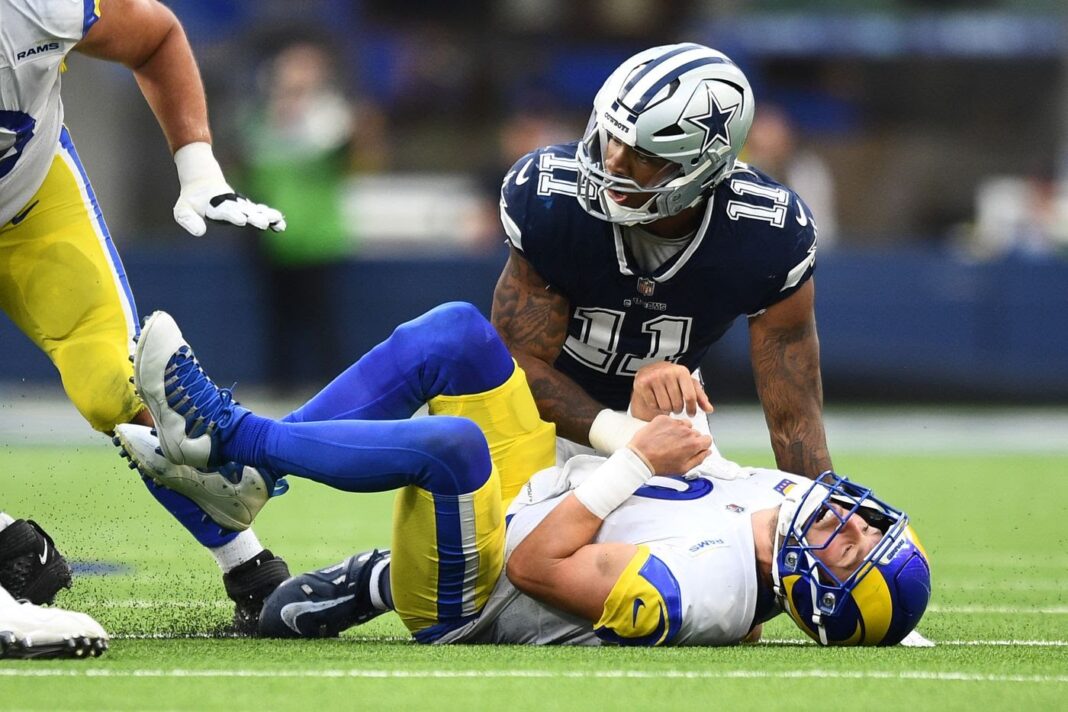 INGLEWOOD—The defending Super Bowl champions we’re blindsided and dismantled by the Dallas Cowboys on Sunday, October 9 at SoFi Stadium, 22-10. It appears the Rams have no solutions to these woes and no blockbuster trade is going to save them.

After the beat down against the San Francisco 49ers, fans expect a prepared and urgent Rams. Only a minute into the game,  Dallas Cowboys lineman Dorrance Armstrong strip-sacked Rams Quarterback Matthew Stafford, the bouncing pigskin was scooped by DeMarcus Lawrence who returned it 19-yards for a touchdown.

Although Stafford has had a difficult year, the injured offensive line offered him little to no protection. Dallas’s voracious pass rush sacked Stafford five times, 21 sacks on the year. The Rams offensive line is atrocious, and the inert running game isn’t helping.

The Los Angeles Rams have scored 80 points in 5 games. Wide Receiver Cooper Kupp scored a touchdown after running 75 yards to give the Rams a 10-9 edge.

“This is some adversity that we’re facing right now,” said Rams Head Coach Sean McVay. “You find out a lot about people when you do go through that. It’s not good enough right now. I’ll never pretend that it is.” This is only the second time in McVay’s six seasons the Rams are below .500.

Kupp ended with seven catches for 125 yards and a TD in the loss. Stafford completed 28 of 42 passes for 308 yards with one touchdown, but three costly turnovers including one interception and two lost fumbles.

Play action has been a key in the Rams offense for years. In order for that to work, it requires a solid running game and balance, the Achilles heel of the 2022 Rams. Running back Cam Akers had a paltry game with only 33 yards on 13 carries.

Last season, the Rams had the most plays of 20 yards or more in the NFL. Los Angeles had two big plays so far. A successful fake punt by the Rams prior to the half in which punter Riley Dixon completed a 12-yard pass to Jake Gervase keeping the drive alive and keeping the fans hopes up.

Dallas improved to 4-1 on the season. Backup Cowboys Quarterback Cooper Rush improves to 4-0 since Dak Prescott broke his thumb. Boasting a stout defense, and a great rushing attack featuring Ezekiel Elliott and Tony Pollard in the backfield. Pollard had a 57-yard TD run as the Cowboys are riding a four-game winning streak.

The Rams will try to get back to. 500, when Christian McCaffrey and the Carolina Panthers visit SoFi on Sunday with gametime at 1:05 p.m.