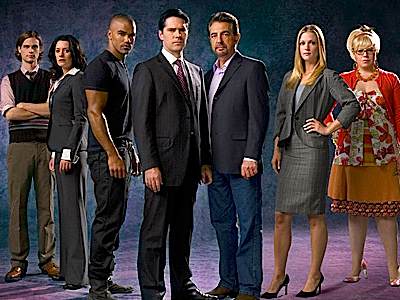 HOLLYWOOD—Every woman has experienced the fear of walking down a dark street at least once in her lifetime, imagining danger lurking in the shadows. She might hurry to get to her destination, scrambling for her keys, or juggling innumerous items in her hands that might make defending herself a tricky process.

Women tend to carry pepper spray and warn their children not to talk to strangers or go anywhere with someone they do not know. Yet, children still go missing. Ordinary people vanish from their ordinary routine.

Murders happen even during the day. This is because most people are looking for the shifty figure, the man built like a linebacker, or the one that people around town call “strange.” They hear about serial killers on the news, but never imagine that anything like that could possibly happen to them. But what if it did? This is the unthinkable line CBS’s longstanding show “Criminal Minds” dares to cross.

Launching in 2005, the show centers the FBI’s Behavioral Analysis Unit (BAU) which builds profiles against serial killers in order to track them down. Equipped with full-time researcher Ticona Joy, and at least one retired F.B.I. agent checking for accuracy at all times, “Criminal Minds” diverts from the normal crime show by backlighting the process of creating a profile on the killer, termed ‘Unknown subject’ or ‘Unsub,’ rather than the crime itself.

Thomas Gibson, Matthew Grey Gubler, Shemar Moore, and Kristin Vangsness, among others, have become household names as they give the BAU team a strong face and a brilliant mind. Each character that joins the show has there own talent, and their own horrific past; from the genius who fears schizophrenia to the man who lost his own wife to a serial killer.

While “Criminal Minds” has been accused of creating too many deep, confusing backgrounds for its characters, their personalized experiences give them a variety of experience when trying to predict the many killers’ next moves. The show is important because it takes ordinary people and puts them in extraordinary circumstances. The power behind “Criminal Minds” comes from the way the show subconsciously teaches its viewers to stay away from situations they might have ordinarily, willingly walked into. How dangerous could it be to help carry a neighbor’s groceries into the house alone?

The show educates its viewers on how to fight back, both physically and mentally. Scratch and bite for DNA samples, tell the stranger personal information like names, family traditions, etc. in order to establish a human connection, and run if possible, no matter how afraid you are of being caught, are all subliminal messages that “Criminal Minds” endeavors to teach. The series is a thriller in that while there is plenty of blood and bodies shown throughout the season, more emphasis and freedom is given over to the imagination of the viewers.

Some women may already find “Criminal Minds” fascinating, some might still find it too graphic, but all who watch this series will find themselves rethinking even the most “harmless” situations they encounter. The show informs viewers to be extra aware of their surroundings each week and may eventually save your life. “Criminal Minds” was renewed for its 10th season on October 1 and airs Wednesdays at 9 p.m. on CBS.