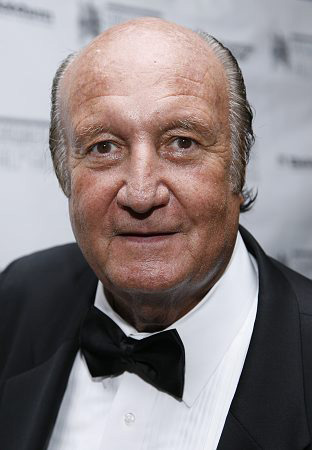 HOLLYWOOD—Don Kirshner, a giant in the music business, and the man who discovered notable bands such as Kansas, and invented pop sensations The Monkees and The Archies, passed away on Monday, January 17.

Kirshner, dubbed the “man with the golden ear” by Time Magazine, was instrumental in the meteoric rise of many rock groups, in most cases by means of his much-watched television series “Don Kirshner’s Rock Concert.” The biggest talents in the rock world were among the Kirshner line-up, including, but not limited to, The Rolling Stones, Led Zeppelin, Bruce Springsteen, The Eagles and Aerosmith.

Kirshner’s show ran from 1973 to 1982, coincidentally ending shortly after the creation of MTV, a dynamic force that would begin to change music consumption patterns.  Ron Simon at the Paley Center for Media believes that Kirshner’s program served as a bridge between the MTV-age and the previous music business model. As Simon remarked to the Los Angeles Times, “The variety show was in decline, and Kirshner was able to capitalize on many different forms of music that were coming about in the ’70s.”

Kirshner’s signature monotone delivery led comedian Paul Shaffer to perform a series of Kirshner parodies that aired on Saturday Night Live in the ’70s.  In one such impersonation, the Blues Brothers were introduced by the legendary, and emotionless voice of Kirshner.

Kishner’s integral involvement in the rock craze was surpassed only by his role in the artistic development of significant singer-songwriters, under his company, Aldon music.  Kirshner would go on to champion the songwriting styles of so-called “Brill Building” innovators, specifically artists Carole King, Neil Sedaka, Barry Mann, Gerry Goffin, Cynthia Weil and Jack Keller.  Kirshner also played an important role in the ascendancy of Bobby Darin and Neil Diamond.

Kirshner sold his publishing catalog in the early ’60s, a catalog now valued at an estimated $1 billion.  Included in the catalog were chart-toppers “You’ve Lost that Lovin’ Feelin’,” “Will You Still Love Me Tomorrow” and “Dream Lover.”

Despite his large contribution to rock music, Kirshner was never inducted into the Rock and Roll Hall of Fame, a fact which he lamented shortly before his death.

Kirshner is survived by Sheila, his wife of 50 years, and his two children Ricky and Daryn.  Kirshner had five grandchildren.