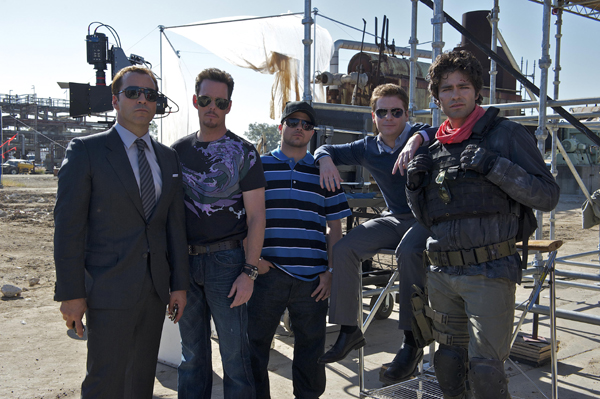 HOLLYWOOD—“Entourage” is creeping closer to the disastrous and exciting season finale we see coming. Vince is climbing in popularity with the fans, but losing control of his once brilliantly crafted career. At least his big brother Drama seems to be headed for success.

On Sunday night, Eric was informed by Phil Yagoda (William Fichtner) that the network is interested in Drama’s show, though the star is not enthused about its content. Drama feels he’s not being appreciated as a real actor, since the network plans an animated series revolving around his character both on and off-screen.

In the wake of recent bad press, Ari attempted to fashion a kinder, gentler persona at work and home. Leading Ari and his wife to began couple’s therapy, especially after a tabloid story ran about his behavior at the office.

When demand for Turtle’s tequila line outpaced production, he set out to find new sources of funding. Going to an old friend for help wasn’t a good idea. So far Turtle seems to have bitten off much more than he can chew.