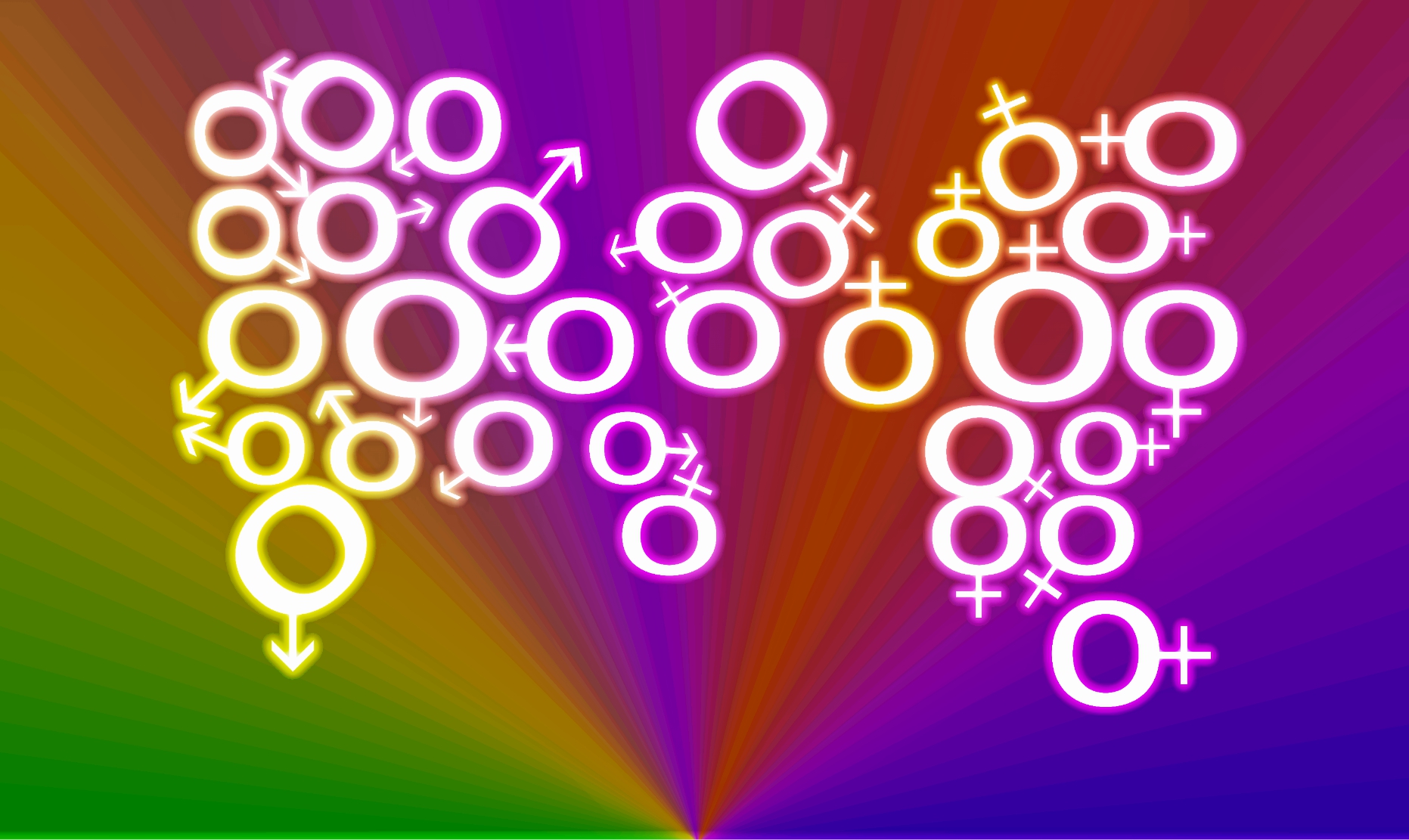 UNITED STATES—Bisexuality has probably been around since the beginning of time, sparked when two humans of the same sex were in close quarters or in constant contact long enough to “fall in love” as heterosexuals do.

Who knows though, it could’ve been the last two same sexed Neanderthals, Homo floresiensis, or Homo heidelbergensis on earth facing extinction and all that mattered was gratification of self. Maybe they were just plain old sex freaks that wanted pleasure with no preference for gender, modernly termed as pansexuality.

As we know, homosexuality was SHUNNED for centuries, a TABOO that was, accepted but debated throughout the different recollections of man.

Look at the phenomena of “Homosexual Panic,” defined in the Handbook of Psychiatric Emergencies 1975: “said to occur when an individual with strong latent homosexual drives is either placed in a situation such as dormitory or barracks where there is much visual stimulation of his homoerotic fantasies and by the frequent horseplay common to such situations.”

Love and lust are as primitive as endorphin scents lighting up neurons of the attracted OR making the organs swell. True cases spark an unconscious bodily reaction, no matter what naysayers say about it being a choice.

I believe the beginning of bisexuality was driven by pure feelings and emotions of someone who found themself attracted to the opposite gender, but had to conform to familial duty, society and procreation. Like-minded people do well together: whether they are men who never conformed to the muscle and manual labor stereotypes, girls who wanted to play with sports gear instead of dolls.

The purpose of this writing is not to research the origins of bisexuality, or why people choose to love the people they do, but rather to explain my hypothesis on why bisexuality has evolved from the roughly 1-2%, 5 years ago, to the YouGov numbers reporting 31% of young adults consider themselves “not completely” heterosexual.

Before I give you MY THEORY, I want to remind everyone that the foundation of all Social Learning Theory variations is the same: behavior is learned, by observations and interactions. I believe the reason bisexuality has skyrocketed comes down to TWO factors:

1. What the parent recommends and whether the child cares.

To be quite frank, children either usually grow up wanting to BE LIKE their parents, or WANTING THE OPPOSITE of what they  experienced.

In a parent’s defense there will always be the anomaly of a parent who DID everything considered to be right, but then bad luck circumstances OR the wrong crowd will bring influences other than those taught within the familial home.

Our children understand the expected standard ideal of a stereotypical family consisting of a husband and wife, especially those with religious households. But I believe it is that IMAGE that has fostered a freedom of choice era in our youth that rebels.

They know from the stories of WOE in our past history (slavery, stealing land, culture of raping women and children) that they DON’T WANT ANYTHING to do with the way our forefathers have done it. It is causing a natural rebellion from a generation taught to push the boundaries of what can and cannot be done.

The hate toward homosexuality was conditioned into SO MANY for hundreds of years, we had to FORCE tolerance in a world of unwritten hierarchies.

Our youth are confused. I do understand.

You must understand that the image of FREEDOM of expression in AMERICA shows strong and positive heterosexual, homosexual AND bisexual idols that stand up for choice and what is fair for all, THE GREAT AMERICAN QUEST.

2. What gender is the majority of time spent with?

WE KNOW children are naturally curious about their sexual organs just as we know the psychosexual stages of development. It should come as no surprise if the overly repressive parent only allows friendship with the same sex, thus guiding them towards a sexual identity with no options BUT the same gender.

When we allow sexually maturing youth to sleep together, hormones raging in an untethered society where self-gratification is #1, what in the heck did we think would happen?

This generation of young people had parents who lived through the liberation of sexual freedom and did not want to be repressive. Call it have your cake and eat it too philosophy. Men and women who felt forced to marry, now teaching freedom of choice for their own child.

We worry about the opposite sex, not the same, right?

In the end I must say that sometimes we are innocently ignorant in many ways. For example, in this writing I used the term homosexual to describe both gay or lesbian, meaning someone who only likes the same gender – in contrast to bisexual or heterosexual. It was not until I read this New York Times article by Jeremy Peters, that I learned homosexual is seen as a derogatory term.

For anyone I have offended, I am sorry!