UNITED STATES—May is Ehlers-Danlos Awareness Month! Not aware of it? I WASN’T EITHER!

The word syndrome is defined by Merriam Wester as “a group of signs and symptoms that occur together and characterize a particular abnormality or condition” and Ehlers-Danlos is a syndrome affecting connective tissues in both humans and animals, inherited from a parent or resulting from a genetic mutation. 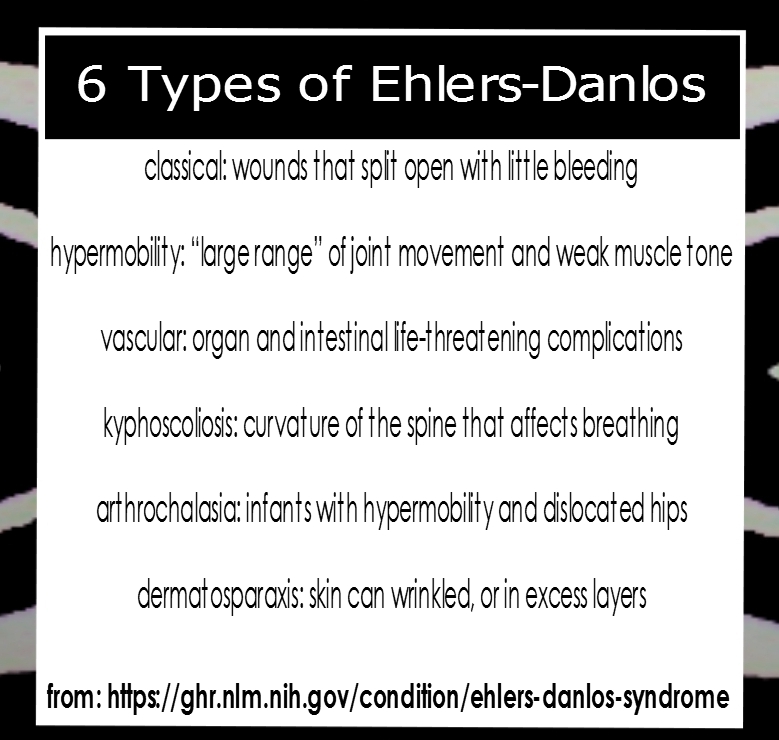 The National Center for Biotechnology Information tells us that the current name comes from a pair of dermatologists. The first was Edvard Ehlers who noticed the irregular skin functioning in 1901, and then Henri-Alexandre Danlos, who found that the flexibility and fragility of the skin were also part of this.

Don’t know what I mean about stretchy skin? Because we ALL have elasticity, right?

Take a look at the skin abilities of Royal Family of Strange People Gary Stretch Turner, who they say has the world’s stretchiest skin due to Ehlers-Danlos.

In fact, all the way back in the BCE Hippocrates wrote about people with “lax skin” and through the centuries there have been many different and names, like: Chernogubov’s (the man who first presented patients) or Van Meekeren’s syndrome.

Since there has been a long colorful history of double-jointed performers and researchers say there is NO SUCH THING as being double jointed, it is hypermobility or laxity; we can assume Ehlers-Danlos disorders have been around as long as performers with special abilities.

Click here for stories and history (with photos) of double-jointed contortionist performers in history!

One thing is for sure, many people with mystery pain disorders can relate to the struggle of one CHIARI (sometimes associated with Ehlers-Danlos) sufferer named Carrie and her never-ending conundrum that happens when a pain disorder takes away harmonious balance, perhaps those HUMORS that the Greeks talk about: 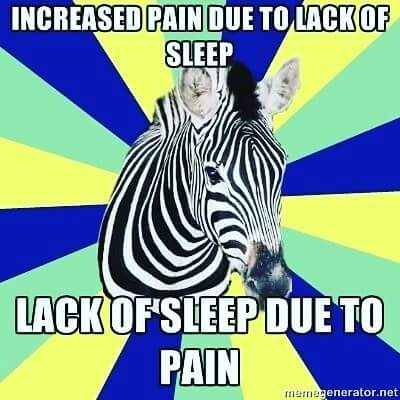 Below are quotes from (want more: www.themighty.com) showing the interaction between the mystery or rare disorders and the subsequent mental anguish that can occur. It can be awfully depressing when the doctors say things such as what one told me to my face, “I don’t believe in Fibromyalgia.”

It is interesting that the fight, flight, or freeze that I wrote about a couple of weeks ago in regard to the fibromyalgia could be related to this syndrome.

NO ONE WILL EVER CONVINCE ME THAT BRAIN TRAUMA and/or FEAR REACTIONS ARE NOT A FACTOR, IF NOT CAUSATION.

Perhaps the over stimulation of fight, flight, or freeze is a contributor to the hypermobility? Or maybe the fact that polyvictimization occurs more frequently in low-income areas is why writer-researchers like Samantha Gemmell observes Ehlers-Danlos growing in low income areas?

I only linked fibromyalgia and my experiences because of what Elizabth Moody wrote, and then seeing the Ehlers-Danlos images below:

First, I did that “fingersnake” when I was a kid – to the point where my parents threatened to take me to a child psychologist.  I can still do it but it hurts. Second, that knee position on the left is my comfortable pose and if I feel self-conscious I actually bend my knees in what feels like an awkward position to make them look right.

Also, interesting to add to the mystery of it, my son has an unknown “anomaly” condition that we thought no one had, called Genu Recurvatum. His is extremely slight, where his kneecaps have spontaneously popped out of place twice but I had no clue it could look like the lady above? The fact that connective tissue is in every part of the body and has been tied to the autoimmune system is telling.

Is it possible that me with my neuro-chemical / brain trauma sparked the genetic anomaly that causes “smoot muscle” or “ligamentous laxity” that in turn became a genetic anomaly in my son causing Genu Recurvatum?

Talk about things that make me go HMM?

Click here to read more about EHLERS-DANLOS syndrome from the National Institute of Rare Disorders!