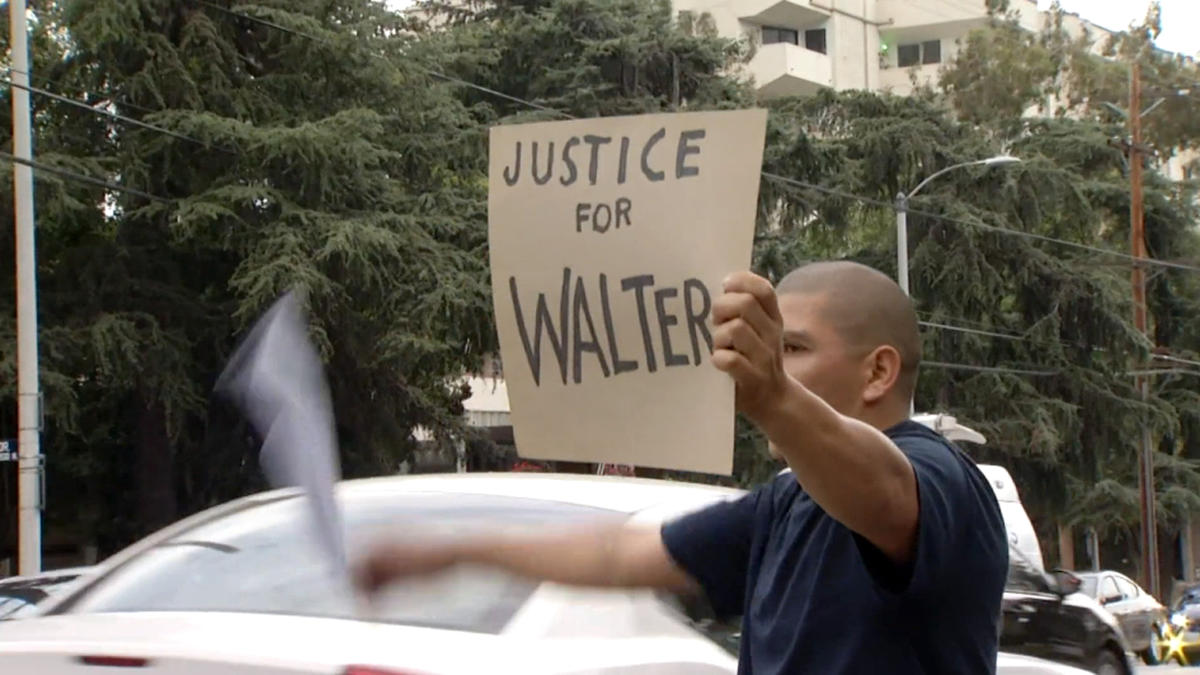 LOS FELIZ—Nearly one month after the shooting of unarmed man Walter William DeLeon, 48, by the Los Angeles Police Department on June 19, DeLeon remains in critical condition and his family continues to speak out.

DeLeon was shot in the head after flagging down officers with a towel-covered arm. According to the LAPD, the officers believed he was holding a gun beneath the towel. DeLeon,  a father of two, has been unable to make any statements due to his critical injuries. In an interview with the Los Angeles Times, the family explained that DeLeon, a construction worker, often carried a towel around with him to wipe off his sweat.

The LAPD also reports that DeLeon approached officers “aggressively,” a claim which is disputed by family members, who state that DeLeon was never known to act aggressively. The reason behind DeLeon flagging down authorities is still unclear.

On June 26, a week after the shooting, the LAPD released the identity of the officer who shot DeLeon as Cairo Palacios.

Palacios has been an officer for nine years and graduated from the Los Angeles Police Academy in 2006, according to the press release. His partner has been an officer for eight years and was a Los Angeles Police Academy graduate in 2007.  Both Palacios and his unidentified partner previously worked for the General Services Department, Office of Public Safety (OPS).  The LAPD has refused requests to release the name of the second officer who was present at the scene, on the basis that he was not actually involved in the shooting.

On May 29, 2014, the court ruled in a 6-1 decision that the names of all police officers involved in shootings must be released.  It was determined that the officers’ names are considered public record, under the California Public Records Act (PRA).

On June 27, family members and a small crowd of supports marched from William Mulholland Memorial Fountain on Los Feliz Boulevard to the site of the shooting.  Many marchers held signs bearing the message, “Justice For Walter,” and others held towels over their arms.

According to the LAPD’s news archives, there have been 16 other reported officer-involved shootings in 2015 so far.