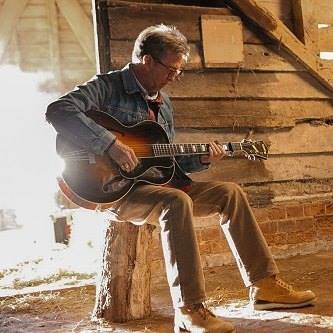 HOLLYWOOD—If you have ever been to a rock concert, you know how loud it is. Live performances especially with their sound systems are detrimental to our ears. The job of a musician is particularly dangerous for hearing loss. Over the years, whether you play in Carnegie Hall or perform for 50,000 people, you will experience some form of hearing loss or impairment, ranging from consistent tinnitus to complete deafness.

Let’s take a look at some of the famous musicians: Neil Young, one of Canada’s greatest songwriters is a long time sufferer of tinnitus. This form of hearing loss is what most people experience as temporary ringing in the ears. For Neil, the tinnitus eventually impacted his music, leading him to create softer music in the 90s. Young has been prolific, recording a steady stream of studio and live albums. Young has received several Grammy and Juno Awards.

When you think of loud music, it’s hard not to think of Ozzy Osbourne, a man who led a stadium to the Guinness world record for the longest crowd scream. While the rocker’s hearing damage isn’t as bad as you might suspect, he does suffer from permanent tinnitus. Apparently, he suffers from permanent tinnitus, which means he has constant ringing in his ears. Osbourne, was the lead singer of the metal band, Black Sabbath.

Often called the pioneers of heavy metal music. Another musician Phil Collins has sold over 200 million records as a result of his work with Genesis and as a solo artist. He was the lead singer of Genesis and was a hit among the younger set for the soundtrack to Disney’s “Tarzan,” Collins is a musical legend whose career came to an end partly as the result of his hearing loss. The singer’s hearing loss has impacted his ability to perform and he now uses hearing aids.

Who could forget Brian Wilson? Not the guy I dated for years, yet the one who rocketed to fame in the 1960s as a founding member of the Beach Boys. Brian Wilson’s hearing loss has been a lifelong struggle. As a child, it was discovered that he was completely deaf in his right ear. While the exact cause of his hearing loss isn’t known, the hearing loss didn’t deter him from going on to become one of the most successful musicians of all time.

Famed musician Eric Clapton is the only three-time inductee into the Rock and Roll Hall of Fame. In the beginning, Eric Clapton and his band, Cream were all about being loud. With excessive time on stage, he suffered from tinnitus. Some say, he is partially deaf in one ear, according to published reports. Some musicians have the invincible attitude, however, sooner or later it unfortunately hits.

Who could forget about Peter Townshend, lead guitarist and songwriter for the Who, one of the most influential musicians of all time. The Who, a band that held the world record for being the loudest band for ten years. Of course, that kind of exposure to loud decibels has lead Townshend and his bandmates to serious hearing problems. He has said in the past that his hearing damage was so severe with tinnitus, ringing in his ear, that playing the guitar was torture and painful.

Well, if that wasn’t enough, he was left completely deaf in one ear as a result of loud shoes and his drummer blowing up his drum set during a live performance in the 60s. Remember, Chris Martin of Coldplay, one of the most successful modern rock bands in the world. Looking after your ears, is something you don’t think about until there’s a problem. Chris says, that his hearing damage stemmed as a result of listening to loud music as a teen.

Martin, like the other famous musicians has suffered from tinnitus for more than a decade and he began wearing earplugs during his concerts after doctors warned him that the hearing loss could end his career. Last but not least, Ludwig van Beethoven, began to lose his hearing in his mid 20s, yet went on to compose some of the greatest symphonies of all time. Beethoven was only 26 years old when his severe tinnitus began in 1796. Later he couldn’t hear the orchestra or the thunderous applause of the audience’s adulation.

Rose’s Scoop: While I love my Air Pods, this is something to really think about now.