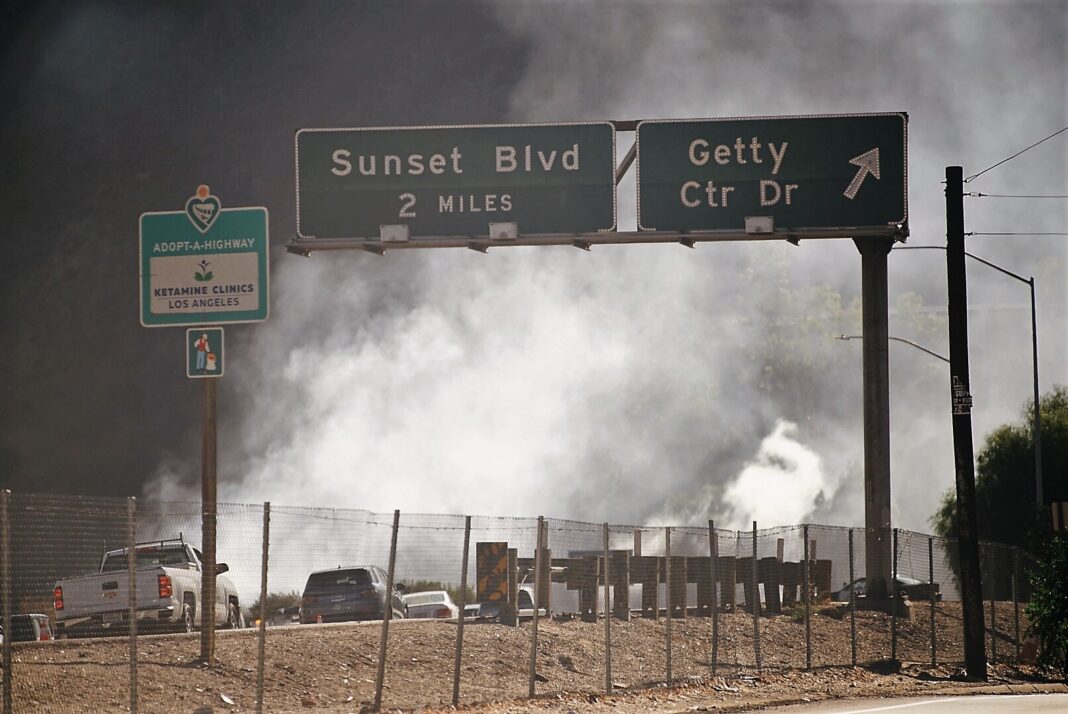 BEL AIR—Firefighters with the Los Angeles Fire Department were dispatched to the northbound (405) Freeway along the Sepulveda Pass on Wednesday, December 16 at 12:10 p.m. to battle a brush fire.

Upon arrival on the scene, a small brush fire was burning close to Getty Center Drive, the blaze erupted from two grass fires, and moved west of Sepulveda.

According to reports, there were no injuries or structural damages as a result of the fire. Crews on the ground and in the air were able to suppress the blaze before it burned further. LAFD Aircrews sprayed water drops and used special equipment to extinguish the flames from the ground, firefighters maneuvered through heavy brush to contain the blaze.

Assistant Chief Corey Rose lead 146 fire personal, knocking down the blaze in 1 hour and 16 minutes. LAFD hand crew officials assisted by cutting lines and mopping up the hot spots. Less than 3 acres were burned during the incident.