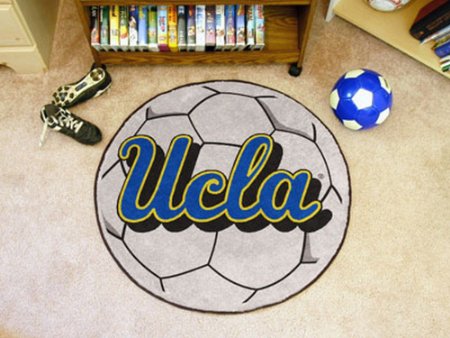 WESTWOOD—Everyone is excited for the return of football season and rightfully so. There is nothing like the tradition and teamwork found in college and professional football. It not only brings a small group of young men together to work towards a common goal, but it is powerful enough to shut down entire cities and states just for one day out of the week to support their hometown. Yes sir, there is nothing like football, but if you were paying any attention to South Africa this summer, you can see there are a lot of people who would disagree.

In the United States, football is one of the most beloved sports, but around the world everyone loves soccer—which is actually known as football everywhere else but in the US—and at UCLA the Bruins have two of the best teams in the country.

The women’s soccer team made a deep run into the postseason last season and finished one game away from reaching the championship. With many of the key members from last year’s team, including star player Sydney Leroux, the Bruins began the year ranked third in the country. After destroying Cal Poly San Luis Obispo 7-0, the Bruins proved their worth when they defeated the Wisconsin Badgers, the 20th ranked team in the nation, 1-0.

When you’re a team that’s used to winning, sometimes victory can become an afterthought, but in sports there is always a team that comes along to remind you that you’re not unbeatable. Fortunately this lesson was learned in the third game of the season against Northwestern. The loss dropped them from third to eleventh in the nation, but the veteran team will bounce back.

The men’s team is coming off a season similar to their female counterparts. Last season, after securing their second straight Pac-10 title, the Bruins National Championship hopes were cut short at the quarterfinals. After losing seven starters from last season—five are now playing professionally in the MLS—coach Jorge Salcedo made up for it by bringing in his third number-one ranked recruiting class to put the team in position in order to make another run at the National Championship. This year the team is ranked fifth in the nation, and they opened up their season against 18th ranked Notre Dame on Friday, September 3. The game is part of the Adidas/IU Credit Union Classic.

One of the key players for the men last year was sophomore Chandler Hoffman. Coming out of high school, he was known as one of the best soccer players to come out of the state of Alabama. He showed everyone that he deserved the hype with his uncanny ability to score and put his teammates in scoring position. Hoffman was looking forward to a big season, but a broken leg in training camp will cause him to miss a significant amount of playing time at the start of the season.

“We have a very talented team this year. We are young and after losing eight starters and five guys to the MLS, many of the young players will have to take on large roles. How the freshmen handle being thrown into the mix right away will play an important role in how successful we are as a team this year. Andy Rose and I had the chance to train with the LA Galaxy all summer, and we feel this experience will help us challenge for another PAC-10 title and ultimately a national championship. This weekend against Notre Dame and Indiana will be a good measuring stick to see where we stack up against the other top soccer schools in the country and what we need to work on moving forward in the season,” said Hoffman in an interview.

If you’re a big soccer fan and you’re suffering from withdrawal after watching the World Cup all summer, UCLA soccer might be the place you can find what you’re looking for.