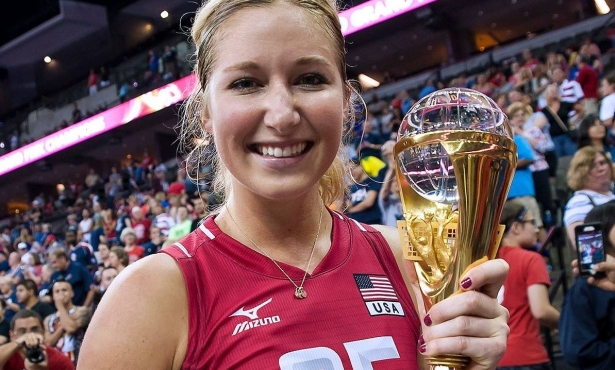 The 6-foot-4 outside hitter, in just her first season with the U.S. Women’s National Team, was named the Most Valuable Player of the 2015 FIVB World Grand Prix Finals on Sunday, July 26.

Lowe, 22, was the leading point getter for the U.S. in three of its five matches and led the team in scoring with 79 points on 65 kills, 12 blocks, and two aces during a tournament where the U.S. dominated five of the top seven ranked teams in the world.

“She is showing the world that she is going to be very difficult to defend,” said Kiraly. “We threw her into about the deepest end of the pool that we could, playing against the world, being on a long trip far away from home for the first time with USA and a target on her back and she handled it really well.”

ICYMI The US women's team competing at the #PanAmGames swept Brazil to win gold! http://t.co/Cw7ESKea7t pic.twitter.com/qDgsofL3wq

The U.S.’ next major tournament is the FIVB World Cup, where the top two finishers qualify for the Olympics. The World Cup runs from August 22 to September 6 in Japan.