BEVERLY HILLS—It’s 6:00 a.m. as I sit here in a cold, dark, lonely flat with my heart shattered into countless pieces. They tell me I’ve checked-out again. I’d have to agree that is the best phrase to use for my disconnection from the world.

I think I’m back, at least temporarily, thanks to waking up to my fluffy-faced German Shepherd sweetly licking my face, pleading me to carry on.

People have been talking, saying how much they enjoyed this column so far. Little do they know, I have decided to quit. In fact, you’d not be reading this if it weren’t for me accidentally opening Twitter on my phone while half asleep and seeing so many encouraging messages.

Some say thank you, that my column helped them and made them feel unalone or appreciated. Some decided to change their lives. Some now have hope for their statin-affected loved one. All this after seeing my private words splattered across their unsuspecting eyes. They think I’m some good person for telling them my darkest secrets.

But there is one fan, one that every week without fail would be the first to read my newest confession. He’s called Josh.

Josh wasn’t just a fan. I met him many years ago through a client in my family’s business. He caught my attention because I thought he looked like John Mayer. I caught his because he said I was “mysterious” and liked my hair.

He kept in touch no matter where I was in life. He loved Secret Summers and couldn’t believe that I was able to keep so many secrets from him for so long.

He always seemed to make nice words that came from an honest spot. I always took it for granted that he would be there for me. He was a rock, someone you just knew would be there.

Over the last two years, not a day went by without me hearing from him. He’d send me a snapchat, or text me if he was busy. He’d be the first to tell me how great he thought I was, how he wished he could spend his life with me, or how he felt all my decisions were just perfect. He’d smother me with compliments: how beautiful, smart, special, and magically different I was, how much he wished he were good enough to marry me.

When life got to be too much and no one seemed to care that I wasn’t able to handle it, he would tell me to come over. He’d take all of my problems away and let me smile like I used to before my life began to shatter. He’d tell me, “Just say yes, I’ll marry you today and handle all your problems.” 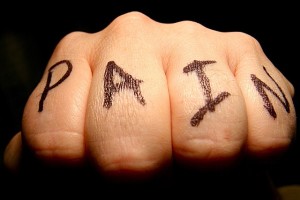 He adored me, but why?

Last month, his mum died unexpectedly and he was crushed. He apologized for not being more understanding of what I went through when both my parents left.

He was having such a difficult time with it. He told me he never felt this down in his life. I tried, but there was only so much I could say.

The only time we ever argued were the times he would say, “I love you.” I told him, “don’t tell me that or I’ll run.”

He promised he would stop, but felt it was hard to conceal his feelings.

Last week, we were playing Word with Friends, and he spelled “olive.” Then, he messaged me saying, “Olive you.” I backed away, as is my natural instinct to this thing called love. Quickly, I became annoyed, reminding him the concept really scared me.

He apologized and wanted to talk about it…I didn’t.

A few days later, on schedule, he’d text me to say he had read my article, the third and final part to the Suicide series. He told me it hit him hard and he wanted to talk to me. I told him that I wasn’t going to write anymore, but he insisted I continue writing. I wasn’t available for this conversation.

Every time he said he wanted to talk, I said “not now.”

Two hours later, he was found in his car…dead.

Thursday, I woke up thinking of him. Later in the day, I sent him a text saying, “I’m thinking of you… what do you want to talk about?”

A few hours later, our mutual friend broke the news to me by mistake. He had assumed someone had already contacted me.

He texted, “omg I heard about Josh? I’m devastated, I can’t stop crying.” I replied with a question mark, sitting paralyzed waiting for his reply, hoping for a “jk” but knowing it had to be bad. Our friend is pretty masculine and I’ve never known him to cry…or tell bad jokes.

He told me what happened, then told me how much Josh loved me. He confessed it was hard for him to hear Josh talk about how he felt he was never going to be “good enough” to make our relationship more than it was.

My heart stopped in this moment of complete and utter darkness…but he was good enough!

How does a rock disintegrate that quickly without notice?

How does someone go from being such a strong person to nothing at all? Why is it that after everything I’ve experienced, I didn’t realize someone was in pain and needed me?

Someone that adored me, appreciated who I was, supported me, and thought I was everything, was truly wrong…

He was good enough… I wasn’t.