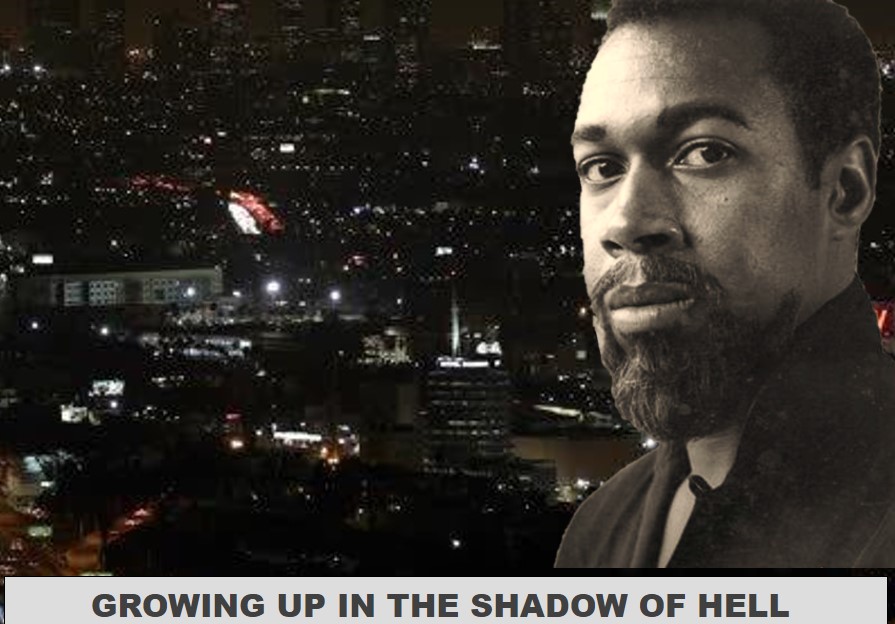 HELLO AMERICA!—Since I have been hosting my own radio show for the last six months, I have received so many messages from listeners as well as readers of this column concerning my young life growing up in a place called Green Tree Hollow. They are interested as a youngster what my view of the world was during that period of my life. Their curiosity, I must admit, was a bit disturbing and made me feel that I was being questioned by a psychiatrist or somebody.

I called an old friend with whom I worked for a number of years at NBC who actually knew me when I was a struggling U.S.C student. She laughed and said, “Let’s face it, kid, you have a book out, there’s a Pre-Broadway play in the works and you are still seriously involved with the music industry. People want to know more about you on a personal level. So, don’t complain, enjoy it while you can!  Got it?!”

Later that evening, I sat back and suddenly a flood of memories encompassed everything that I was.  I remembered, the 1930s, Franklin D. Roosevelt as the great “hope” of minorities in this country, many black and white people lived simply in small frame houses with no electricity or water. There were oil lamps and huge pipes running underground servicing the village or Green Tree Hollow people with water, outside toilets and stoves fed with blocks of wood for cooking.

In retrospect, it was a kind of dance of the macabre and we were like a troupe of actors trapped in a beautiful, yet dark, beaten civilization of our own making. I emerged from its womb as the moon hid behind a threatening cumulus cloud, spitting its deadly semen on everything that lay beneath it. The music it produced conjured up strange rhythms which challenged the very existence of all who dated to listen.  Even during the night, the dance of manipulation and horror continued to rage on and on. This was the place where I seemed to be trapped in, but saw no signs of an exit, no matter how hard I looked or searched. I was entangled in its arms of pus, strangled by characters that were damned in a war; with the dragons of unrequited hunger for sex, witchcraft and the misguided, twisted hunt for love, as I was forced to serve as a six year old victim.

It was strange but when I visited a granny who lived in a house on top of hill not too far from our lace, she did have electricity and a radio. It was then I heard Ella Fitzgerald singing her hit song A Tiskit A Taskit. It was actually the first song I had heard on the radio. I was astounded by her voice, the song was light, joyous and something came over me. It somehow gave me hope, made me want to get even closer to the music sounds she created. My thoughts and emotions were centered on possibly happier days or experiences, no matter what the shadows were which never seemed to fade from the hovel where our family was forced to live.

We were still experiencing the fallout of the Great Depression, most of the men were forced to take jobs available on road construction or on trains going from one end of the country to the other. Many blacks were working in service jobs or as maids or in the fields. My grandfather was gassed in the First World War and was forced to be housed in a Veterans Hospital not very far from where we lived, so, we were fortunate to see him every so often. My grandmother was a respected cook; she never went without work or something to do.

Visiting with her was being on a holiday. I was able to listen to the radio and “Ella” and finally discover the likes of Fannie Brice, Charlie McCarthy, Judy Garland and Mickey Rooney. Living in Green Tree was quite an adventure, eye opener about people and most definitely life in a way that still affects everything I do emotionally.  When receiving the usual question: “HOW DID YOU SURVIVE?” To be frank, I never lingered on it very much. I just decided that I had no other choice.  Does that make sense?

Stefan DiMera Lives On “Days Of Our Lives!”