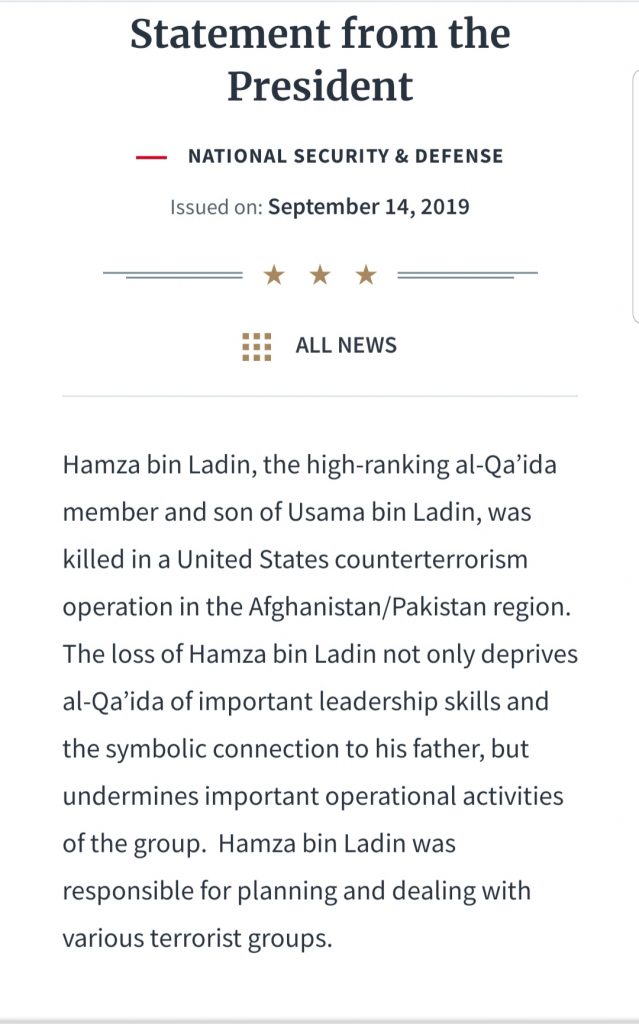 Hamza was reportedly killed in a U.S. counter-terrorism operation in the region of Afghanistan/Pakistan. Bin Laden’s son, was the reported heir to the throne after his father died in a raid led by U.S. Navy Seals in Abbottabad, Pakistan in 2011.

The U.S. Department of State’s Reward for Justice program placed Hamza bin Laden on their Most Wanted list offering a reward of up to $1 million.

According to the U.S. Rewards for Justice, audio and video messages from the internet depict Hazma calling for his followers to launch attacks against the United States and its western allies.

President Trump refused comment on the exact time of death of Hasma.
According to reports, a U.S. counter-terrorism operation took out an island in Iraq that may be referred to as ISIS Island, where ISIS members resided.

Canyon News contacted the American Enterprise Institute (AEI) that works in the area of Development Assistance & Counter-terrorism for further comment, but did not hear back before print.

“Terrorism remains a persistent challenge driven by ideology and unstable political and economic environments. U.S. counter-terrorism policy must draw on all available tools—including foreign assistance to succeed,” notes a statement from the AEI website.