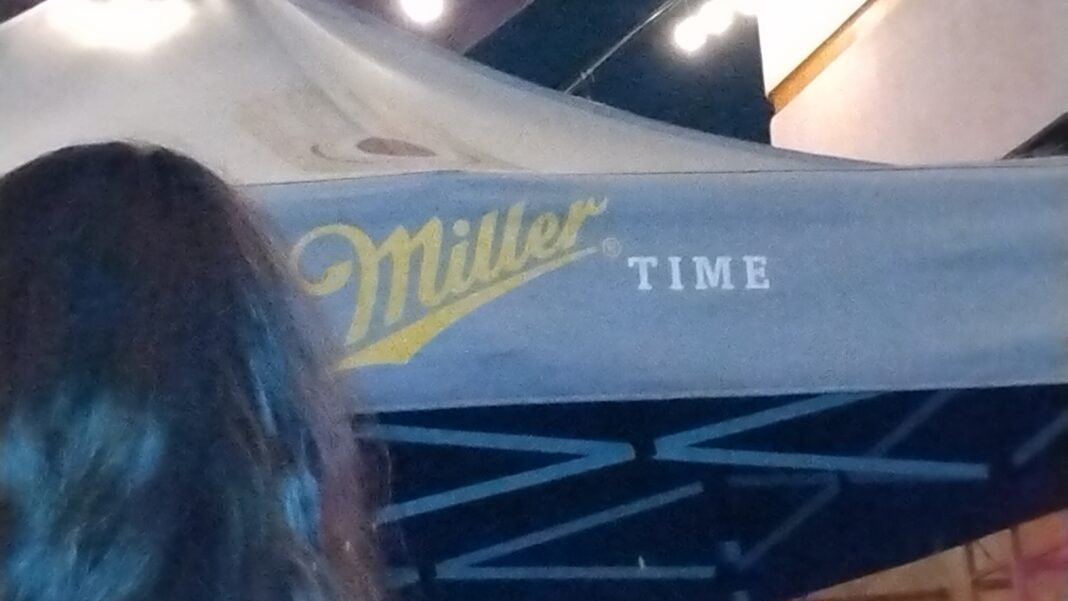 UNITED STATES—There are inconveniences which, when neglected, grow into crises. Being left without a match, a key that doesn’t open a lock, a tooth filling that comes out in the middle of chewing on a crab leg and leaves to the tongue to obsessively read the braille of a grottoey crevasse left by what was once too solid tooth–a monument to human fragility. A frustration, that now and then flared into secret rage, seized Robbie as he and Rolf, his black schnauzer, were exiled to the Siberia of the outdoor patio table. It was all her fault!

The unspoken presence here was the wanton ubiquity of Health Inspector #43 who could swoop down at any time, and surprise Robbie and Rolf as they occupied the old indoor table. Rolf would be comfortably folded up under the corner chair, and Robbie scribbling above. It was a source of amazement and consternation for Robbie how the fundamental order of things could be disrupted. One always had to look at the advantages or risk irrelevance.

Rolf, that black-haired hound with bits of frost shown on his coal-colored fur, still got his treats from Nina or Cynthia. Bacon or Black Forest ham, which he anxiously performed tricks for: he sat, he stood up, he plopped down on the floor, breathless with carnal cupidity. Dogs were so much wiser than people; they went after meat rather than money.

It was a blustery day, before the end of the holidays. Rain poured down there and made of string of beads around the fringes of the outdoor umbrella to which Robbie had been relegated. He shivered. As never before. As dogs come to resemble their owners, so Robbie came to resemble his giant black-haired schnauzer whose heat he clung to during the cold cold nights. Robbie stewed, prey to a moment of inertia as he debated whether to have another green Matcha latte.

Showing some spine, Robbie stood up to his full mental height of six-feet-one inch. The inertia served to heighten the sense of injustice and rage that had afflicted Robbie, lo, these many months, exiled with his dog at the patio table. There is a point where the focus of fury can reach derangement. He decided that the health inspector was a figment of his imagination.

Off he strode into morning, as a crack of white-gold sun broke through a fissure in the gray dome above. The heat and light wounded Robbie in his introspective reverie. The untended concatenation of untended crises overwhelmed him until he was suddenly numb and delirious.

He thought back on the conversation he’d had with his old friend, an old frat brother, whose former wife was getting remarried. That revelation triggered by the Robbie’s question posed on the day the wedding march was to be played: “Do you think you’ll ever get back together?” Robbie’s foot had to be extricated from his mouth after that, and his friend said Natalie is getting married. His friend concluded, “It’s better him than me. Haw haw haw…”  After the laughter subsided, the friend asked, “What about you?”

“You know what the problem is. I still love Nola. She was really home for me, but…”

“There you go ‘but” that’s the ego kicking in…”

“Dave,” Robbie said, “what’ve you been reading or smoking? Let me finish what I was saying…”

“Sorry, pal. Gotta go. I got another call coming in. I’ll call you back.”

So Robbie left standing on the sidewalk as the fissure of quicksilver closed and bathed him in a comfortable gloom, which he associated with the fictions of Jorge Luis Borges. For a moment, he panicked at not being able to find the dog’s leash. Then he chuckled, finding the leash in the hand not holding his phone.

As Robbie strode on, he reflected on Ariel –she was one in a billion, he always said– so that meant he had ten or eleven more chances to run across her. He missed sharing his life. An unshared life is rather like the tree that falls unwitnessed in the forest. Robbie quickened his step. He needed to get that idea down on paper.

When his giant schnauzer yanked back on the leash and zeroed in on some mesmerizing scent of rotten cabbage and doggie pheromones, those thoughts tumbled out the train car of exquisite thoughts that his train in a dark tunnel. He shrieked at his schnauzer. The black dog was back with a vengeance.

Graydon Miller is the Wizard of Fiction. His beloved, “A Very Grady Christmas: Three L.A. Christmases,” is a click away https://amzn.to/37pjzMb.