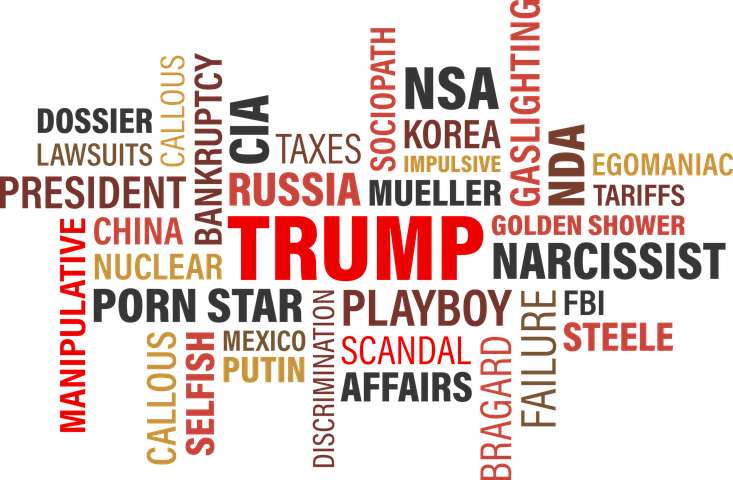 UNITED STATES—“Star Wars’” version of a death star is a space station with super weapons capable of destroying an entire planet. But there are also real death stars out in the cosmos that swallow up nearby neighbors.

And then there is Donald Trump whose destructive force here on Earth has the capacity to transform formerly well-respected people into unrecognizable versions of their former selves, who eagerly move into his orbit only to have their freedom, reputation and credibility forever shattered.

When so many people have revealed Trump’s lack of reading, his vindictiveness, his cavalier disregard of our laws, and who question his mental stability, it is remarkable how some still continue to demean themselves with their sycophantic support of such a flawed individual.

Attorney Bill Barr is the latest mule allowing himself to be yoked to Trump’s wagon of infamy. How could our nation’s highest law enforcement official not be enormously concerned with Russian interference in our elections when every intelligence agency confirms the certainty of Putin’s attack on our sovereignty? Why isn’t he trying to protect us from this happening again? Has he uttered one sentence on any procedures his department has put in place to safeguard our votes?

When Mr. Barr uses words like spying when describing the FBI’s legal effort to capture evidence of Russian interference, he is parroting Trump’s paranoia, and refuses to acknowledge any red flags involving a joint complicity between Russia and the Trump campaign. We already have proof of the president’s family trying to get dirt on Clinton from the Russians, yet Barr’s vow to serve and protect the people of the United States has been trumped by his allegiance to first serve and protect Trump. He cedes his once impressive credentials to Trump’s fear that acknowledging outside manipulations would put his legitimacy in doubt.

Former head of the Defense Intelligence Agency Mike Flynn had a decent career in the army. Although he was fired by Obama, mainly for mismanagement and temperament issues, his reputation remained largely intact — until he came under the same dark cloud that hovers over anyone who is a devotee of our current president. Trump had to fire Flynn shortly after he made him his National Security Advisor.

Flynn later ended up pleading guilty to lying to the FBI about contacts he had with Russia during the presidential transition regarding sanctions that Obama had put in place. Because he so fully cooperated with the Mueller investigation, he believed he might get off with no jail time. Now he’s not so sure. The judge told him that what he did could be called treason. That pronouncement alone could end up being his legacy instead of having once been a respected general in the United States army.

Then there is Rudy Giuliani. Here is a guy who was lovingly referred to as America’s Mayor after 9/11. He was the face of strength and resolve during one of our nation’s most vulnerable moments. He went to countless funerals and was always out and about, offering words of comfort and encouragement to a stricken country. He was humble and classy and tireless in his efforts to soothe our aching hearts.

Now look at him. He has morphed into a buffoon cartoon character, ranting nonsense and spewing ludicrous lies, all for the guy to whom he has devoted himself in the laughable hope of achieving respected status in the annals of history. This now appears unlikely as he continues to humiliate himself for a man who would turn on him in a second. Gone are his measured, honest words; instead he will concoct lies and attacks on others as outrageously as will Trump. Our president has a worldwide reputation for having numerous negative traits attached to him; now Rudy’s attachment to Trump ensures that he too will be the recipient of the same global disdain.

And for what? What have these three men done for themselves, or more accurately, to themselves? At the very least, anyone getting caught up in Trump’s vortex guarantees the necessity for hiring expensive lawyers. What kind of judgment did they exercise before plummeting into the dark hole of this death star? They didn’t just fall from grace; they jumped.

Could they not recognize the difference between a good leader and this calamitous one? Doris Kearns Goodwin wrote about Lincoln’s character, which embodied sensitivity, patience, prudence and empathy. Couldn’t these otherwise intelligent men have quickly discerned that their guy had none of these traits? Trump couldn’t be further away from Lincoln regarding effective leadership because Lincoln believed that greatness was grounded in goodness.

There really is no excuse for Barr, Flynn and Giuliani not to have been aware of the unsound man to whom they sold their souls. They must be the ones referred to in this old saying: There are none so blind as those who will not see.