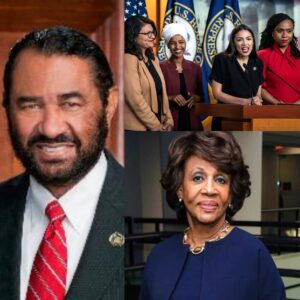 Waters is vying to keep her nearly three-decade-long run in Congress. Collins is campaigning for change.

“We understand that black lives matter…but we’re not going to destroy our community,” said Collins.

“The definition of insanity is doing the same thing over and over and expecting a different result,” Collins states on his website. “If you have seen little to no progress in your community or your life then it’s time to vote for something new.”

In July 2018, Waters rallied a crowd to approach President Trump’s cabinet if they seen them when they’re out and, “let them know, they’re not welcome here.”

The speech was in reference to saving children in immigration. Photos were circulating on social media depicting children in what was referred to as cages or fenced in areas. The children in the picture were illegal immigrants being detained at the border. The photos were later confirmed to be taken during the Obama administration.

Waters, who openly shared her love for President Obama quoted Michelle Obama’s “When they go low, we go high” speech.

Collins grew up in Los Angeles and refers to an old saying “in the hood,” which notes his survival past the age of 25. Collins’ mother moved her children out of the slums of L.A. to Texas where she teaches today. Collins joined the Navy. He says now that he’s back home, “It’s time to rebuild.”

Collins has been endorsed by Donald Trump Jr. and Rudy Giuliani. Both will appear on the November 3 Presidential Election.