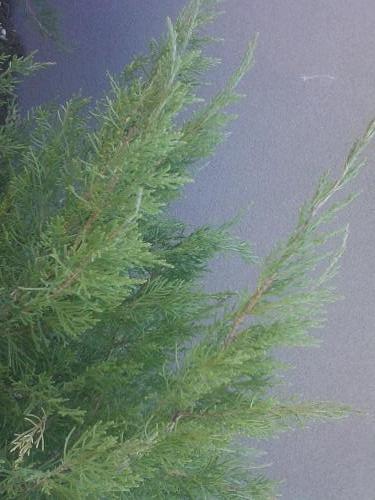 UNITED STATES – Too much of a good thing eventually gets old. That is how so many of the good junipers that were so popular half a century ago became so unpopular. They became too common, and many were planted into situations that they were not appropriate for. As they matured, many became overgrown or disfigured. Only recently have a few newly introduced modern cultivars restored the appeal of both new and traditional junipers to a generation that is less familiar with their former stigma.

Even though all junipers are evergreen and somewhat similar in regard to foliar texture and their lack of interesting bloom, they demonstrate considerable diversity. Some are low and sprawling ground covers. Others are dense low shrubbery. A few develop as small trees. Branch structure may be densely compact, gracefully arching, rigidly upright, or sculpturally irregular.

Some junipers have yellowish new growth that eventually turns to a more typical deep green. Others are bluish gray throughout. A few rare types are variegated. Almost all junipers have scale-like leaves (like those of cypress). A few have needle-like leaves.

‘Blue Arrow’ and more traditional ‘Skyrocket’ junipers are like short and plump Italian cypress with bluish or gray foliage. ‘Wichita Blue’ juniper is even shorter and plumper, with more sculptural branch structure. However, it is not nearly as irregular and sculptural as the old fashioned ‘Hollywood’ juniper. Modern ‘Gold Star’ and the older ‘Old Gold’ junipers are shrubby types that exhibit arching stems with gold tips.

‘Icee Blue’ is like an improved version of the classic ‘Blue Rug’ juniper, that matures as a shallow bluish ground cover. ‘Blueberry Delight’ juniper is one of the few junipers known for conspicuous fruit, with pretty powdery blue berries against grayish needle-like foliage on trailing stems. ‘Limeglow’ juniper gets a bit deeper, and exhibits chartreuse new growth that turns rich green.

Just because junipers can be shorn certainly does not mean that they should be! Shearing deprives junipers of their naturally appealing texture and form. Instead, junipers should be selectively pruned only where necessary to eliminate growth that is beginning to become obtrusive. Stems should be cut back deeply into the main stems from which they originate, in order to avoid leaving stubs or disfigured stems. Tree junipers like ‘Hollywood’ juniper, as well as overgrown shrubby junipers, can be pruned to expose bare trunks and stems. The gnarly stems and shredding bark can be as appealing as the foliage that obscures them.

Otherwise, once established, junipers do not need much attention or water, and are remarkably resilient. They only rarely get infested with spider mites or scale insects, or get damaged by disease. They only want good sun exposure.

Juniper seedlings are initially outfitted with needle-like juvenile foliage. As they mature, most develop scale-like adult foliage. ‘San Jose’ juniper is the juniper that does not want to grow up. Even very old specimens exhibit odd tufts of juvenile foliage. Variegated ‘San Jose’ juniper has random cream colored blotches. The angular but sprawling stems can spread more than six feet wide without getting two feet deep.