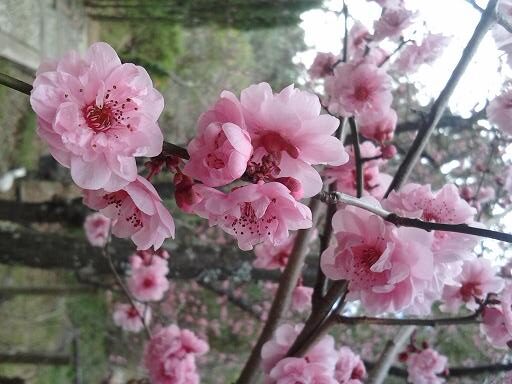 UNITED STATES—Maybe the weather took the surprise out of camellias this year. It has been so warm and pleasant that such big and colorful flowers are almost expected. Even if crocuses and narcissus did not bloom much too early, they are likely finishing a bit early because of the warmth and minimal humidity. Daffodils are not far behind. Hopefully, lilies and tulips will not be too confused. Pansies, primroses, stock, Icelandpoppies, ornamental cabbages and kales actually seem to enjoy the odd weather.

It was such a rush to prune everything that needs to be pruned in winter! Roses are already being outfitted with new foliage. Plum trees are already blooming, and will be followed by apricots, cherries, peaches and the rest. It was actually easy to get carried away, and prune things that should not yet be pruned.

Many of the flowering trees that are related to fruiting trees seem like they should be pruned. However, the rules are different, since they do not need to support the weight of fruit. Pruning only compromises bloom. Flowering cherries, flowering (purple leaf) plums and shrubby flowering quinces should instead be pruned after bloom finishes, and only if necessary. As flowering crabapples finish bloom, minor pruning probably will be necessary.

Lilacs, forsythias and spireas should be pruned by ‘alternating canes’, which means that older canes get cut to the ground as they get replaced by new canes. If done just after bloom, new canes develop through the following summer, and will be ready to bloom the following spring.

Quite a few trees, shrubs and vines likewise want specialized treatment. Fat flower buds of deciduous magnolias make it obvious that pruning should be delayed. Azaleas should probably make their intentions to bloom more obvious. Hydrangeas can be groomed of deteriorated flowers and dead stems, but plump canes from last year will bloom this year. Maples, birches and elms will continue to bleed if pruned now, so should wait for summer.

It is obviously difficult to generalize about so many different personalities. Actually though, the glossy and slightly serrate leaves of almost all Camellia japonica are surprisingly similar. Also, most grow into rounded shrubs that are happy to stay below first floor eaves. Only a few grow into small trees, and only after many years. All prefer rich soil and regular watering.

The flowers that bloom late in winter are the most distinguishing characteristics of the many cultivars. The largest can get more than four inches wide. Flower form is remarkably variable (and can be described as single, semi-double, double, formal double, paeony, anemone or rose). Many have prominent yellow stamens. Color ranges from pure white to red, with every shade of pink in between. Picoteed, striped and blotched flowers are not uncommon.