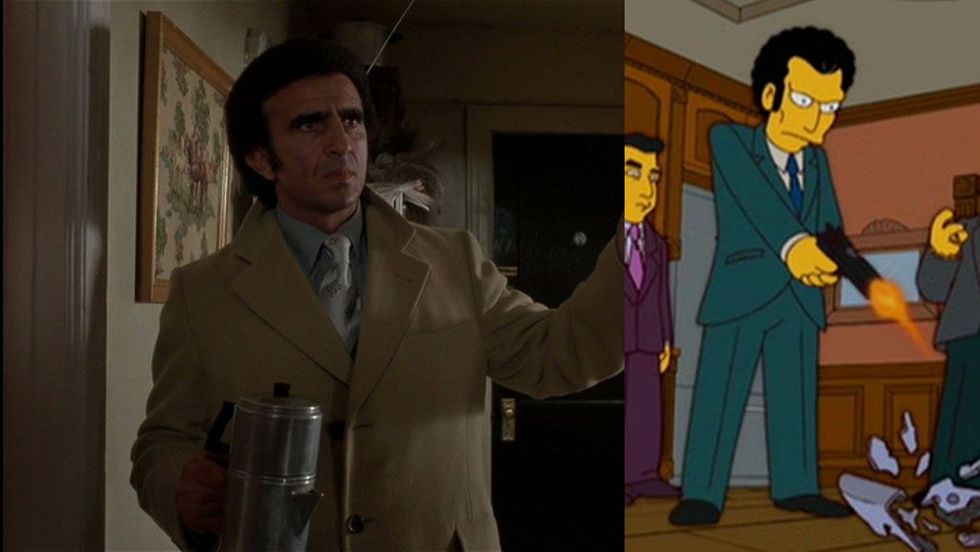 HOLLYWOOD—It’s so unbelievable that some cases make their way to court. Back in 2006, Alan Heckard was angry and felt uncomfortable hearing people make the constant comparison that he looked like Michael Jordan. So according to published reports, Mr. Heckard sued Michael Jordan for $416 million. In the lawsuit, he also sued Nike for the same amount on the grounds that they made Jordan a recognizable celebrity. Eventually, Mr. Heckard did drop the lawsuit.

Some lawsuits seem frivolous while others may have merit. “Goodfellas” actor Frank Sivero is suing the creators of “The Simpsons,” for $250 million for copying the character he played in the 1990 film. The 62-year-old actor claimed the character Louie of “The Simpsons,” who first appeared in an episode entitled “Bart the Murderer,” on October 10, 1991, is copy of his character Frankie Carbone that he played in the classic 1990 film “Goodfellas,” TMZ.com reported.

According to Sivero’s lawsuit against Fox, the character appeared in 15 more episodes between his debut and April 27, 2014. He is suing for a whopping $6,250,000 per episode. In addition, the suit adds that he lived in the same apartment complex as some of the “Simpsons,” writers back in 1989, claiming they all knew about the character that he “created and developed” for “Goodfellas.”

Sivero also claims “Simpson’s” producer James L. Brooks, promised him a film of his own and involvement in the “Simpsons,” in the 1990s. Sivero, who is also in “The Godfather Part II,” previously sued a restaurant for naming a sandwich after his character in the movie. Scorsese’s film also starred Robert de Niro, Ray Liotta and Joe Pesci. There has been no response to the lawsuit from Fox so far.

Mike Tyson however, says he’s “always been a cartoon character”- so it only makes sense that he’s starring in “Mike Tyson Mysteries,” a 10-episode animated series-with a 70s sort of feeling, premiering October 27 on Cartoon Network’s Adult Swim lineup. Tyson, 48, starred in Animal Planet’s “Taking on Tyson” back in 2011, which revolved around his love of pigeons. According to published reports, Tyson claims to be an avid fan of “Scooby Doo,” “Mickey Mouse,” and still loves to watch cartoons.

What will be profitable is the Black Ball that Diddy will host. Diddy will host Alicia Keys’ annual charity event that raises awareness about HIV and AIDS. The singer announced that her husband, producer-rapper Swizz Beatz, will co-host the 11th annual Black Ball on October 30 at New York City’s Hammerstein Ballroom. Keys’ charity launched in 2003, and assists people affected by HIV and AIDS in Africa and India. Tickets start at $3,500, with performers like Nas, David Byrne, Angel Haze and Alicia Keys in attendance.

Rose’s Scoop:  A sad day for the fashion industry on October 20, when designer Oscar de la Renta died at the age of 82. His designs attracted socialites, Hollywood stars and even First Lady Laura Bush and Michelle Obama.