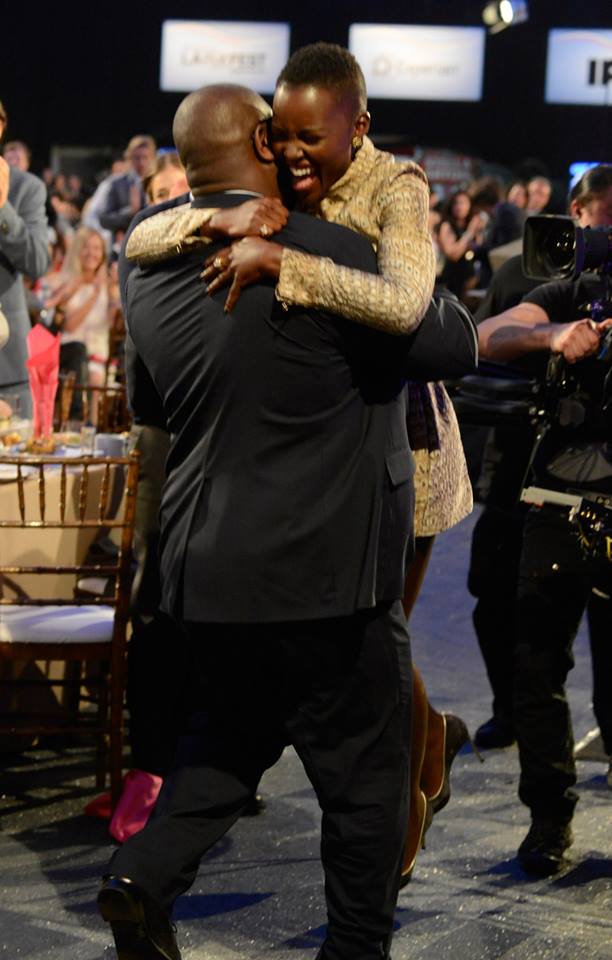 SANTA MONICA—It appears the momentum for “12 Years a Slave” is indeed in its favor heading into the 86th Annual Academy Awards. The period drama cleaned house at the Film Independent Spirit Awards taking home a total of four awards including Best Feature.

Other big wins for the movie included Best Supporting Actress for Lupita Nyong’o, Best Director for Steve McQueen and Best Screenplay by John Ridley.  Matthew McConaughey seems poised for that Best Actor Oscar, after his win for “Dallas Buyers Club.” His co-star Jared Leto took home the prize for Male Supporting Actor for his transformative role in the picture. Leto perhaps gave one of the most authentic and funny speeches of the night thanking his future ex-wife Lupita Nyong’o while accepting his award.

Cate Blanchett took home the prize for Best Actress for her turn in Woody Allen’s “Blue Jasmine.” I’d argue at this point that this woman is unstoppable.  The ceremony which was hosted by comedian and actor Patton Oswalt, was a hoot to watch. Here celebs didn’t have to worry too much what came out there mouth as a few f-bombs were unleashed on stage. A full list of the nights winners are listed below: