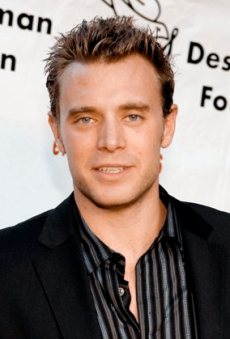 HOLLYWOOD—This week two leading men showed us a very different side to the characters they play. Kyle Lowder, who is Rick on “The Bold and the Beautiful,” put his own happiness aside long enough to help his sister Bridget find true happiness with the man she is now in love with. Billy Miller, who portrays Billy on “The Young and the Restless” did the unthinkable. He confronted his dangerous father-in-law to protect his bride Victoria. Both of these handsome actors are standouts on a daily basis, and it’s so great to see them portray men who are putting the women they love before their own happiness.

Kyle Lowder as Rick is sometimes a selfish guy. However, Lowder is never a selfish actor, constantly making those actors in his scenes and storylines better by just being in his presence. This week Rick put his love life with ex-wife Amber aside so that he could help his baby sister Bridget get the man she loves. How did Rick accomplish this? He decided that since Owen is the father of his sister Bridget’s baby, that he’d seduce Owen’s wife Jackie, so that she would want him and leave her husband.

Rick, like all of the Logans and Forresters, has his own way of seeing things. What may seem like a far-fetched way to help his sister find true happiness and be with the man she loves is just part of Rick’s plan. Part of his flirtatious game with Jackie is that Rick also enjoys the beautiful woman, who he is probably falling for as well. That’s what generally happens when someone toys with one’s emotions.

Kyle Lowder toys with all of the viewers’ emotions. He makes us love to hate Rick and hate to love him as well. The handsome actor is back on the front burner and now daytime TV is hotter than ever.

Billy Miller as Billy Abbott married Victor Newman’s daughter Victoria. A couple tattoos and a black eye later, Victor decides the only way to defeat his daughter’s new husband is to have her thrown in jail for bribery. Billy didn’t back down, he ran right over to the Newman ranch and confronted his father in law, proving that he truly does love Victoria.

Billy Miller like Kyle Lowder knows all of the right notes to hit as an actor, and he proves that talent and good looks help to make leading men in daytime TV even more exciting than ever.