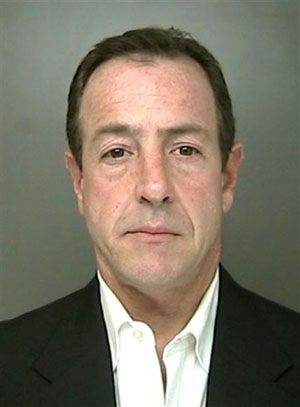 SANTA MONICA—The night before his daughter, Lindsay, was scheduled to appear in a Beverly Hills courtroom, Michael Lohan was assaulted and injured by an unidentified male, according to police reports.

On October 21 at 9:50 p.m., the Santa Monica Police Department responded to an assault with a deadly weapon that occurred on the 1600 block of Appian Way. Michael Lohan was entering his vehicle when the suspect approached him and a physical altercation ensued. The suspect fell to the ground and then fled from the area. Lohan began to chase the suspect until he noticed he was bleeding from his neck. Lohan was treated at the scene and only suffered minor lacerations on his neck and forearm.

The suspect is described as a white male, between 40 and 50 years old, 6 feet 1 inch tall with a medium build and shoulder-length black hair. He was also seen wearing a black beanie, black long sleeve running shirt and black pants.

As of press time, there have been no arrests made.

Lindsay Lohan appeared in court on Friday, October 22, in Beverly Hills, where she was ordered back to drug rehabilitation on a probation violation.

The father and daughter duo have had a documented tumultuous relationship, including a song that Lindsay wrote in 2005, “Confessions of a Broken Heart (Daughter to Father),” which details the strained relationship. Michael Lohan recently made headlines in August 2010 after he and then fiancee, tabloid reporter Kate Major, split when Michael allegedly assaulted her.

Anyone with information regarding the assault is being asked by the SMPD to contact Detective Maury Sumlin at 310-458-8437 or Sergeant Robert Almada at 310-458-8468. For anonymous tips, you can call WeTip at 1800 78 27463 or submit the tip online at wetip.com. A reward of up to $1 million is being offered if the information leads to an arrest and conviction.