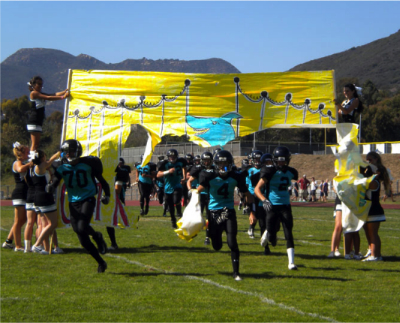 MALIBU—On Monday, January 9, the Malibu City Council voted unanimously to allow Malibu High School to light its main sports field under a number of time restrictions geared toward protecting the scenic views of the adjacent coastline, the nighttime sky, passing wildlife and nearby residents.

Ordinance 366 allows for the high school to receive a permit from the city to light its field up until 7:30 p.m. three nights a week anytime starting on the first Sunday of November until the second Sunday in March (Pacific Standard Time.) Though there are certain exceptions to this rule.

Lighting could be extended up until 10:30 p.m. 18 times during the aforementioned time period so long as it is not on consecutive nights and no more than two nights a week. In order to protect seasonal bird migration periods, the 18-night allotment can only be invoked from September until the first week of November, and from late March until May. Though this may be changed if lights are found to have an adverse effect on overflying birds within a 200-foot sphere. This leaves more than three months when they cannot be used during the late evening.

In total, the ordinance allows teams to practice on the field with lights for 150 hours a year, which is more than the 62 hours the high school initially requested. Because school sports are played primarily between September and May, teams will not be able to practice under lights for two months before the beginning of summer. Mayor Laura Zahn Rosenthal made it clear that at all other times, they can continue to practice, just without lighting.

When the lights are put in place, the ordinance stipulates that they have to be minimized, directed downward and shielded via the best available visor technology. Pole height and design must also be considered in minimizing the lights’ spill, glow and glare impacts to public views. Councilmember John Sibert recommended consulting the City of Tucson, Ariz. to find out how the University of Arizona minimizes the glare of its field’s lights from the nearby community.

Malibu High School, which is still raising funds for the lights, proposed that five 53-foot portable standards, which feature six lights, be positioned around the field, as had been done in the past. The high school had been using temporary night lights for evening football games from 2000 to as late as 2008, when a formal complaint was made. This is because the high school was prohibited from using night lights on the field by the city permit that allowed it to be constructed under the Proposition X bond program. Ordinance 366 amends that permit.

Does Turkey Have To Be A Thanksgiving Staple?