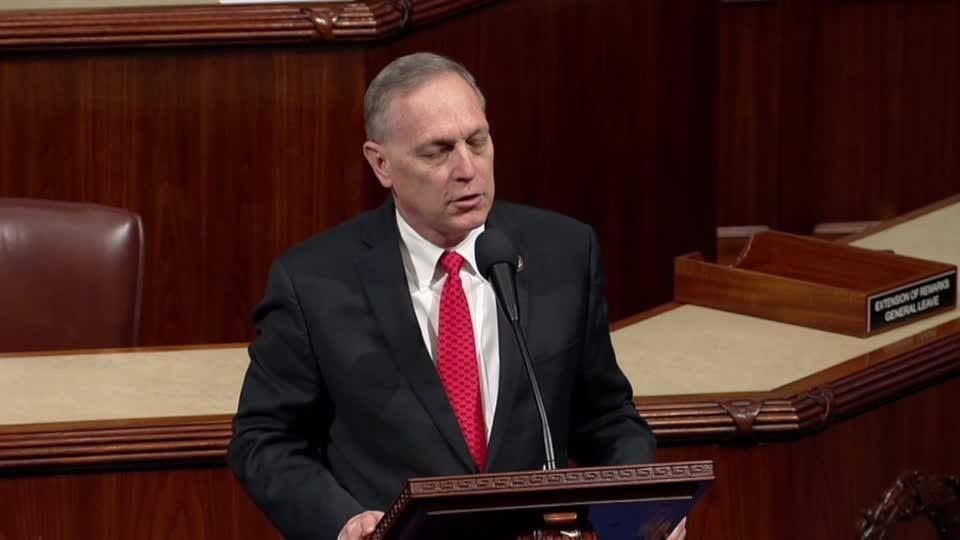 UNITED STATES—Republicans and Democrats postponed a motion introduced by Rep. Andy Biggs (R-AZ) to have Chairman of the House Intelligence Committee censured until Monday, October 21, to give members of Congress time to mourn the death of Chairman of Intelligence and Reform Committee, Elijah Cummings.

I urge ALL of my colleagues to support my motion to condemn and censure Adam Schiff. pic.twitter.com/mlUIhgLft7

“Out of respect to him and his family, I instructed my staff to work with your staff, and the staff of the Minority Leader. I do not wish to intrude on the grief felt by his colleagues today by proceeding with a floor vote of my motion to censure Adam Schiff,” said Biggs.

Acting Chief of Staff, Mick Mulvaney, explained on Fox News Sunday, to censure Chairman Schiff does not remove him from the floor.

The vote was 215-185 in favor of Democrats tabling the issue indefinitely. Every Republican voted in favor of having Chairman Schiff censured. Every Democrat voted against it.

This is not the first time Republicans have requested for Schiff to be censured. A motion to censure and condemn Schiff was made by Rep. Biggs on September 27.

In a one-on-one, exclusive interview with Sean Hannity of Fox News, President Donald Trump reminded Hannity of Schiff’s insistence of Trump’s wrongdoing in the Mueller Investigation. No collusion between President Trump and the Russian government was found. 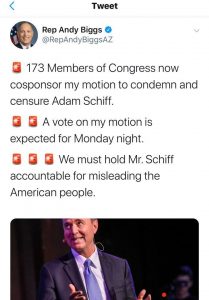 Schiff was taken to task for misrepresenting a phone call between President Trump and Ukrainian President Volodymyr Zelensky. During the interview process of the impeachment inquiry, it was revealed that the whistleblower met with Schiff and members of the House Intelligence Committee prior to filing his report.

In a separate motion, Rep. Biggs demanded that members of Congress release the rules of what Bigg’s called, “The unauthorized Impeachment Inquiry.”