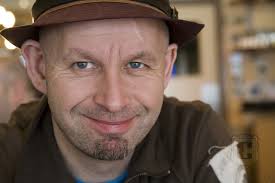 The defendants in the case, 30-year-old Sean McConville, of Austin, Texas, the president and co-owner of a brokerage business and two associates, 27-year-old Matthew Bourgo, of Thousand Oaks and 37-year-old Joseph Nguyen, of Woodland Hills are accused of collecting nearly $1 million from homeowners to whom they allegedly made false guarantees on alluring home loan refinancing packages.

“These criminals employed a classic bait-and-switch in their refinance scheme,” Brown said in a prepared statement.  “With deceptive promises and forged documents, they maliciously cheated homeowners who trusted them and just wanted a fair deal.”

Brown’s office began conducting the investigation in October, 2008 after receiving more than 70 complaints against the accused men and their mortgage brokerage firm, ALG Capital, Inc.  The business operated from Calabasas from early in 2006 until late in 2007 before moving to Mission Hills and shutting down in 2008.

The investigation revealed that from April, 2007 to October, 2008, the owners and their associates deceived numerous borrowers into refinancing home loans through fraudulent guarantees on low interest rates minimal broker costs and other seemingly promising items.  The brokerage then discussed a variety of terms with lenders.

When the alleged victims received closing documents, the paperwork presented the terms that were guaranteed, however the lenders never agreed to them.  After the homeowners signed the closing documents, it was found that pages bearing significant terms were removed and replaced with pages presenting items that the lender had actually consented to.  The homeowners signatures were forged on the new pages, and ALG sent the forged papers to the escrow company.

It was not until the homeowners received the final loan documents bearing the actual terms and their forged signatures on closing cost disclosures, Truth-in-Lending disclosures, loan applications and other documents that they found that had been defrauded.  It was also found that ALG had taken nearly $1 million in fees that were not revealed charging homeowners up to $57,000 in broker fees.  The costs related to terms that the homeowners did not agree to added up to almost $30 million in loans.  Numerous homeowners were forced to sell their homes, leave retirement, or tap retirement savings as a result of the alleged scam.  Others were made to ay outstanding prepayment penalties, including over $21,000 in one instance.  Many borrowers did not receive that large cash-outs that they were guaranteed as part of the refinance.

McConville was arrested on June 8 at his home in Austin, Texas.  He is currently in custody at the Travis County Jail in Texas pending extradition. He had also been convicted of robbery in November, 1997.

Bourgo, who allegedly posed as a licensed notary for the brokerage, was arrested on June 8 at his residence in Thousand Oaks.  He is in custody at Ventura County Jail and is to be transferred to Los Angeles County.

Nguyen, formerly a loan officer for the brokerage, was also arrested on June 8 at his business, where he worked as a chiropractor.  He is being held in Los Angeles County.

Brown’s office had previously arrested three other suspects in the bait-and-switch scam in September, 2009, one of them McConville’s brother 32-year-old Michael McConville, of Simi Valley, who had been the co-owner of the brokerage.  The other suspects are 29-year-old Alan Ruiz, of Huntington Beach a former loan officer and 24-year-old Garrett Holdridge, of Palmdale, who was convicted of seven felonies in March for his alleged involvement in the scheme.  Investigators have located victims in numerous California cities.

The complaint in the case was filed in Los Angeles County Superior Court and included the following charges: 38 counts of grand theft, 19 counts of forgery, three counts of elder abuse and one count of conspiracy to commit grand theft.

Bourgo, Nguyen and the younger McConville are in custody with bail amounts set at $29.5 million each.