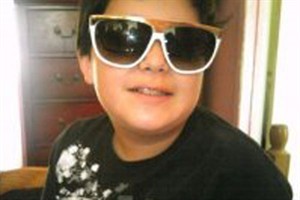 SHERMAN OAKS—Eitan Djiji, a 14-year-old boy who was taken to a hospital after a house fire in Sherman Oaks, has been declared dead.Initially, the 14-year-old had been thought to be deceased; however, he was taken to the Los Angeles County-USC Medical Center and placed on life support.

Others rescued in the fire include his 58-year-old father, his 50-year-old mother and his 12-year-old sister.

Firefighters arrived at approximately 6:30 a.m. to extinguish the blaze at 4822 Tilden Ave. His father, Gigi, suffered second and third-degree burns; his mother, Pauline, declined medical attention as she did not seem to be affected by any serious injuries; and his younger sister, Maya, “experienced progressive respiratory distress after smoke exposure.”

Four firefighters also sustained injuries. According to the Los Angeles Fire Department, “Three sustained painful second-degree burns to hands and extremities, and were taken to the Grossman Burn Center at West Hills Hospital, while the fourth was taken to an area hospital for a significant knee injury.”

Eitan Djiji was a child actor from New Zealand who moved to the United States four years ago. He was a comedian and singer whose work included “My Homework Ate My Dog” in 2008. He was about to attend the High School of the Performing Arts in Los Angeles.