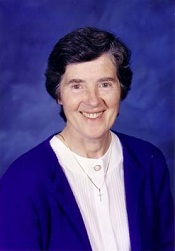 The three had been traveling near Mulholland Drive at Las Virgenes Canyon Road after attending a 60th anniversary event at Louisville High School in Woodland Hills.  According to the California Highway Patrol, the incident occurred at 1:30 p.m., when Kmiec had been driving westbound in a Hyundai Accent on Mulholland Drive.

His vehicle went off the road and into a drainage ditch.  Sheridan and Kmiec suffered critical injuries. Campbell died instantly. The cause of the crash is under investigation.

Sheridan and Kmiec have undergone surgery at the Ronald Reagan UCLA Medical Center and are expected to recover. Roger Card. Mahony wrote on the Our Lady of Malibu website:

Msgr. Sheridan is in critical condition: the doctors hopefully have stopped most of the internal bleeding; they are treating several broken ribs; and they are watching him carefully for signs of infection and/or pneumonia. Recall that Msgr. Sheridan is 94 years of age.

Amb. Kmiec, the USA Ambassador to Malta, was driving the car when the accident occurred. His condition is better and hopefully he will be brought to a private room tonight or tomorrow.

Please keep all three of these wonderful and devoted disciples of Jesus Christ very much in your prayers.”

A memorial service was held for Sr. Mary Campbell on Wednesday, September 1, at 11 a.m. It was held at Our Lady of Malibu Catholic Church located at 3625 S. Winter Canyon Drive, Malibu, Calif. 90265.