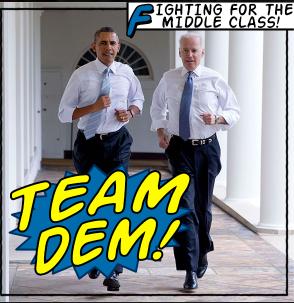 BEL AIR – During President Barack Obama’s time in California, he attended a fundraiser dinner at the home of Walt Disney Studio’s Chairman, Alan Horn to raise money for the Democratic Senatorial Campaign Committee on May 7 in Bel Air.

The Democratic Senatorial Campaign Committee defines themselves as “the only organization solely dedicated to electing a Democratic Senate. From grassroots organizing to candidate recruitment to providing campaign funds for tight races, the DSCC is working hard all year, every year to elect Democrats –  and give President Obama the help he needs on Capitol Hill to move our country forward.”

At the 2014 White House Correspondents’ Dinner held at the Washington Hilton Hotel in Washington, D.C. on April 30, President Obama told the dinner’s attendees with his “sagging poll numbers, [his] fellow democrats don’t want [him] campaigning with them.” Obama remarked how “republicans refuse to extend [unemployment insurance]” and have tried “more than 50 times to repeal Obamacare. Despite that, 8 million people signed up for health care within the first open enrollment…How well does Obamacare have to work before [republican’s won’t] want to repeal it?”

Obama concluded his speech at the White House Correspondents’ Dinner with a promise to continue helping the everyday American. The DSCC website encourages people to “support President Obama’s agenda” by helping democrats have a majority in 2014. The DSCC Facebook page quoted Obama saying, “We could do a lot more if Republicans in Congress were less interested in stacking the deck in favor of those at the top.”