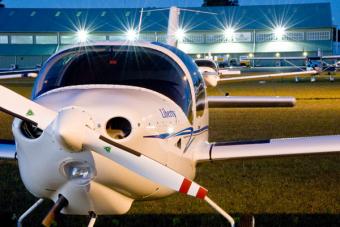 SANTA MONICA—On July 1, a man was killed in a crash while he had been piloting his plane near a Los Angeles golf course, according to the Los Angeles Fire Department.  The collision reportedly occurred in the Penmar Golf Course in the Venice Area.

The incident was reported at around 6 a.m., at 1233 East Rose Avenue in Venice, near the eighth hole of the golf course.  Arriving firefighters rushed to the downed Cessna 152 aircraft, where the crash victim, the only person on board, was found dead.  No one on land was found injured or killed, according to LAFD.

The small aircraft had departed from the Santa Monica Airport and had been registered to Kim Davidson Aviation, Inc. at the time of the collision, according to the Federal Aviation Administration.  LAFD reports that the heavily damaged aircraft did not catch fire and had leaked only a minimal amount of fuel.  Monetary losses have been estimated at $150,000 for the aircraft and $1,000 for damage incurred to the golf course.

The Federal Aviation Administration, the National Transportation Safety Board, the Los Angeles Police Department and other regulating bodies are currently investigating the cause of the crash.

“We have no information about the accident,” Harvey told Canyon News.  “We were told that the decedent was doing some practice maneuvers prior to the crash.”

Davenport, 60, had previously been considered for a position as Los Angeles Superior Judge and has authored books on celebrity genealogy and film.  Davenport had also claimed to have familial ties to Reverend John Davenport, who founded New Haven, Conn. and Yale College, and to actor and film director Clint Eastwood.

Harvey confirmed to Canyon News that the NTSB is currently still handling the investigation on the plane crash.