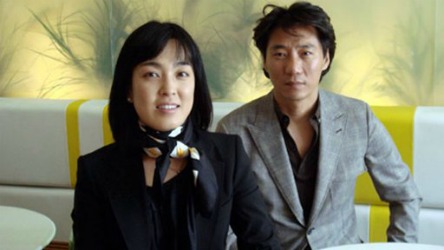 LOS ANGELES—On Monday January 16, Young Lee, a co-founder of Pinkberry was arrested by the LAX Fugitive Task Force because of a pending felony warrant. Lee is being charged with aggravated assault to a homeless man.

Police records indicate that Lee was seen by witnesses chasing  and beating down the homeless man after engaging in words with this man who was begging for change at the offramp of the 101 freeway and Vermont Avenue.  The homeless man required hospitalization with several cuts to the head and a broken arm. It is believed that Mr. Lee was not alone and had a companion at the time of the assault.

According to the LAPD (Los Angeles Police Department), Lee was arrested at the Los Angeles Airport as detectives from the Fugitive Task Force and the FBI waited for him at the airport and then proceeded to arrest him. This arrest was possible after federal databases sent an alert to the detectives informing them that Young Lee was inbound on a flight from Korea to LAX.  Lee was released on a $60,000 bail.

While this arrest was immediately linked to Pinkberry, the company immediately issued a company statement in response to Lee’s arrest on their official blog and official Twitter.

The statement reads, “Mr Young Lee has no involvement with Pinkberry, our partners or our more than 170 stores world-wide. Pinkberry ended its ties with Mr. Lee formally on May 1, 2010. He has no influence or input into the company in anyway, and the parties have not been communicating with one another since Mr. Lee’s exit.”